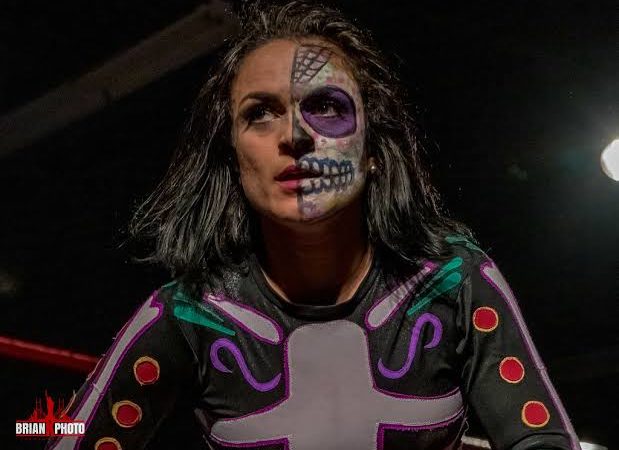 Thunder Rosa, the NWA Women’s Champion who is also signed with AEW has discussed about her spell in Lucha Underground during her interview with The Wrestling Inc. Daily.

Thunder Rosa on the contracts in Lucha Underground:

Thunder Rosa talked about the pay from Lucha Underground was quite low. This had cause her to get frustrated while being under a contract with the company.

“Listen, contracts are tricky. If you don’t have a lawyer or you’re too cheap to pay a lawyer, you’re screwed. I signed that contract knowing that I was locked in for five seasons. The problem was when some of us were not getting work in other places. And we were asking for work and they’re not giving us work, and then when we’re trying to get out so we can get work, they’re like, ‘no, you cannot work.’

“So it was very frustrating that a year and a half, like literally, I have to bust my ass getting paid $100-$150 to make a living because I couldn’t f–king do anything on TV. Sorry for my language, but I’m gonna be open and honest about it. It was very hard.”

Thunder Rosa departed Lucha Underground in 2019. She explained about getting better opportunities outside the company. She also mentioned that she has achieved a good fan following and recognition in AEW.

“I was getting absolutely nothing. What was there for me? Why am I going to be sitting around and just like, ‘oh, let me wait.’ No, like, I just want to work. Can I work, and if you guys allow me to work, you know, fine. If not, there’s nothing for me here, and there’s nothing wrong about that.”