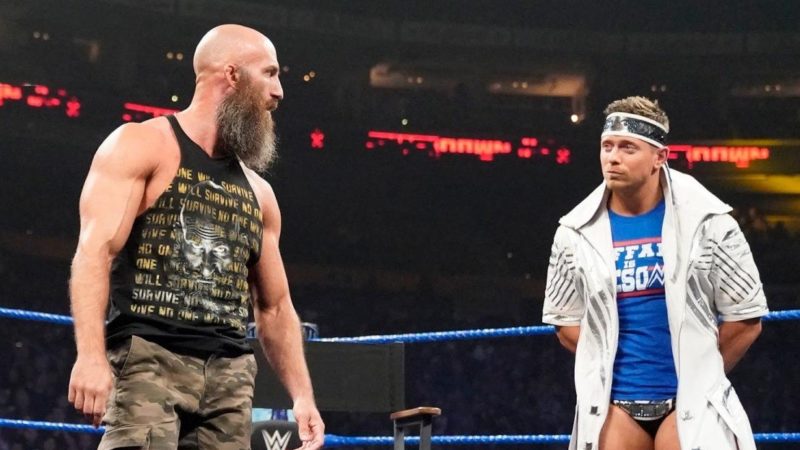 Tommaso Ciampa is one of the top performers in NXT and has been for some time now. From his work with Johnny Gargano in DIY to his break-out singles run, the Psycho Killer has wrapped the WWE Universe around his fingers.


A former NXT Champion and Tag Team Champion, Ciampa has proven his worth time and time again. Twice now he’s come back from serious injuries only to immediately pop up in the main event scene. Once the most despised heel in the company, he’s now one of the most beloved Superstars on the roster.

Considering that, it’s strange to believe just how little Ring of Honor thought of him. On Chasing Glory with Lilian Garcia, Ciampa revealed that ROH didn’t believe he was worth much.

“I remember going into negotiations with them. I told them, ‘I will sign for five years. I will sign for ten years, I will make my career here in Ring of Honor if you guys show me that you’re looking to invest in me the way that I will invest in you.’ And the conversation, which I thought was going well, just randomly took a real hard turn.

There was this moment where I was talking to Joe Koff, the owner at the time, or still the owner, in person. It was just the two of us and the first time the two of us negotiated together and I told him that this is how I feel and he was like, ‘Listen, no one is going to offer you more than $20,000.’

I remember just sitting there freezing. I felt like I had this demeanor. This lightbulb hit me where I realized that we don’t have to do this anymore.

That was the same episode of Garcia’s podcast where Ciampa revealed he’d retire if WWE ever sent him to SmackDown or RAW. Check it out if you get the chance.