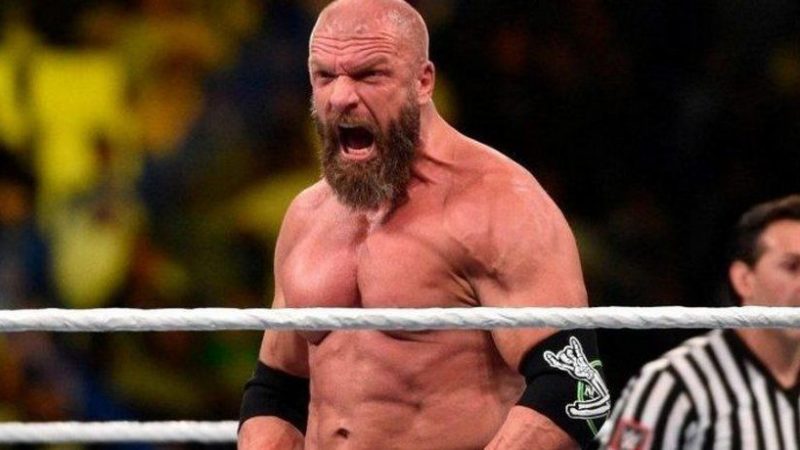 Triple H is the head booker of WWE NXT, but he appears to be turning into Vince McMahon, as he is reportedly very difficult to get a hold of these days by top NXT wrestlers.


FightfulSelect.com reported, “One that has had experience in dealing with Vince McMahon has said that Triple H had hit the “hard to meet with territory” and that even some of the higher ups were difficult to get through to sometimes, but that Triple H had opened up a bit more in recent months. He’s been present at more Raw tapings than usual in 2021, as well.”

Another legendary booker, Jim Cornette, appeared to have praise for Vince Russo on a new podcast? Has the world froze over? During a recent episode of The Jim Cornette Experience, acclaimed wrestling manager and former WWE writer Jim Cornette was asked how All Elite Wrestling would look if his noted rival, Vince Russo, who Cornette served on the WWE creative team with in the 1990s booked AEW programing. Surprisingly enough, Cornette gave a back-handed compliment to Russo, or as much of a compliment that Cornette could seemingly muster by actually commending Russo’s ability to write a television program and also by proxy by stating one singular person could do a better job writing a professional wrestling show than multiple people by committee. It wasn’t a total love-fest though as Cornette also discussed how Vince McMahon saw Russo as nothing more than a ‘useful idiot’. Wrestling-Edge transcribed Cornette’s comments. Jim Cornette recently reacted this ‘alleged’ racist WWE photo.

Cornette: Well first off, if just one human being were to do all the booking [of a professional wrestling show], even if that human being was bereft of all of their senses – sight, hearing, smell, whatever. It would be better than multiple people doing multiple pieces of this thing. Having said that, I believe Russo would go in there and earworm his way into Tony Khan’s head because that’s an easy thing to do, all of these other guys have done it and he would do the same thing to Khan as he has to Dixie Carter, and to people in World Championship Wrestling.

Cornette continued: Vince McMahon viewed Vince Russo as a ‘useful idiot’. The old Russian K.G.B. term is popular these days, somebody who we can use and bend to our will and they will be useful to us. That is what Russo has done to those who don’t know much about the wrestling business. With Tony Khan it would be interesting because he doesn’t know much about the inside of the wrestling business but he considers himself such a ‘mega fan’ that it would be harder to insinuate his sinister presence into Tony Khan’s mind because Tony would be predisposed to know that Russo is full of it but not understand exactly how.

Jim Cornette revealed not too long ago why Tyler Reks was ‘an idiot’. Cornette concluded: Russo could probably write a format for a television show from start to finish that made more sense than what AEW does now specifically because it would be one person coming up with the whole thing instead of five people coming up with pieces of it. Whether it would be better quality or a different parody of wrestling would probably be up for debate but at least it would make more sense from start to finish. I don’t even know if Vince Russo would do two to three kidnappings per episode, backstage brawls per episode or have multiple people put through tables in segments on the same show.