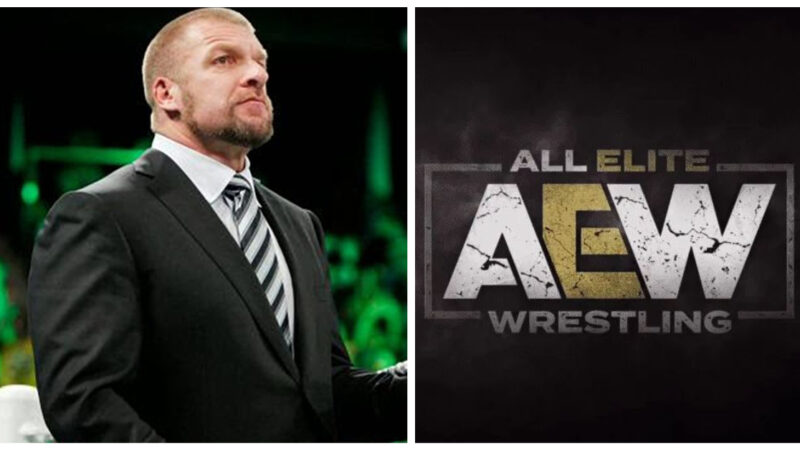 In a recent sitdown with Wrestling Inc. Daily, Wrestling Inc, Axel Tishcer, formerly known to WWE and NXT audiences as Alexander Wolfe discussed his relationship with Triple H and the recently ended ‘Wednesday Night War’ between WWE NXT and All Elite Wrestling. Here, the ex-Wolfe told managing editor Nick Hausman his thoughts on the competition between the two companies, that stated how allegedly Triple H relayed to talent that USA does not care about the ever-popular 18-49 demographic like AEW and their flagship show, Dynamite does – instead putting a core focus on viewership. Credit to Wrestling Inc for the below quotes. Triple H recently rehired this former world champion.

“It’s always a competition no matter which promotion. Competition keeps us guys thriving,” Tischer stated. “A lot of people say competition is healthy for the business, and even before AEW, we were always in competition. There are more promotions out there other than AEW still. He also mentioned, for example, the demo because a lot of people are like, ‘AEW scored more viewers in the 18-49 demo,’ and the funny part was he gave us a little insight.”

“USA Network, they are not aiming for that demo. They can have the demo because it’s not important about who has the bigger ratings. You have a contract with a channel. That’s what I’m say right now not what he said. You have a contract with the channel. They pay you an amount per year to produce the product. As long as they’re happy, nothing else counts because you have to satisfy the guys who pay you and also the guys who you switch in. It was revealed recently that Triple H ‘blocked’ this WWE NXT departure.

“And if you’re in the demo and you want to watch NXT, you watch NXT. If you want to watch AEW, watch AEW. That’s the beauty of freedom of choice. I think it got too oversaturated with this Wednesday Night War because everybody wanted to go back to the Monday Night War because it was so exciting, and they battled each other and it was about ratings. ‘There’s another war coming with AEW. One of the main bosses from AEW, he got fired by WWE, so he wants to take them out of business.’ That’s too corny for me.”