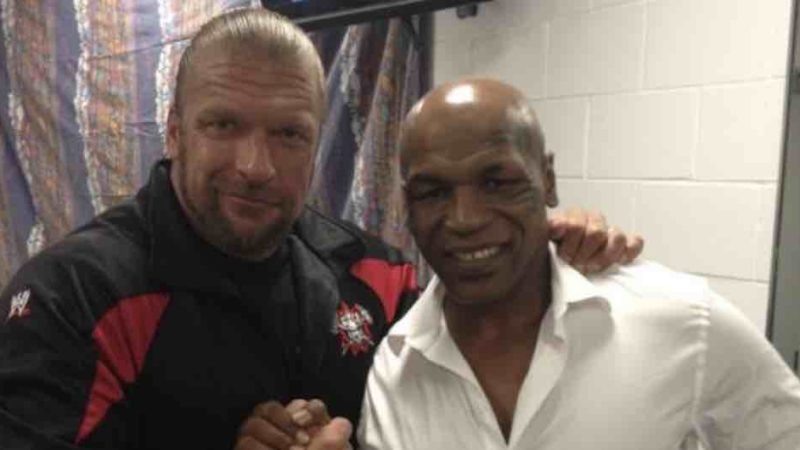 Triple H referenced Mike Tyson during the post-NXT Takeover: Stand And Deliver Night One media call. Tyson was featured on AEW Dynamite this week attacking the Pinnacle’s Shawn Spears and embracing his one time adversary Chris Jericho of The Inner Circle.

When asked about Erick Rowan’s recent tweet to Triple H that the former Wyatt family member has aspirations to face current WWE NXT UK champion WALTER, Triple H stated: “Everyone wanted to face Tyson until they got punched in the mouth.” This was a tongue in cheek way to address the competition without obviously address them by name. Triple H’s ‘Angry’ AEW Backstage Rant Recently Leaked.

Triple H would go on to praise the WWE NXT UK Champion by stating that “WALTER is a machine and he makes the simplest things mean everything. He gets the most mileage out of everything and has built an aura for himself that is rare. He’s excited to go home and be back in NXT but HHH can’t wait to get him back here. You put his name next to a lot of people and you get excited.”

Mike Tyson will also be returning to AEW Dynamite as he will be serving as the special guest ring enforcer for the newly announced match of Dax Harwood Vs. Chris Jericho.