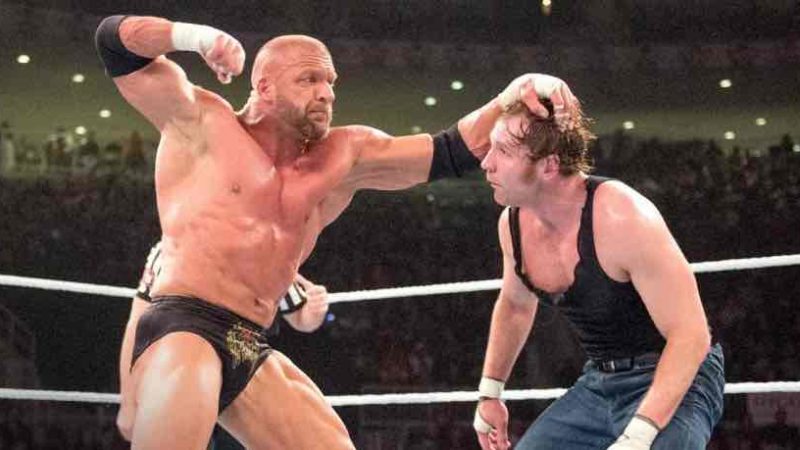 Jon Moxley revealed on Wrestling Observer Radio last night that Triple H took an idea he had for a Hell in a Cell match for NXT after Vince McMahon and Triple H had been confused by the idea. Wrestling-Edge transcribed his comments. Jon Moxley rejected a big WWE offer before leaving.

Jon Moxley: I once suggested exposing the ring by tearing the ring canvas with a boxcutter for my Hell In a Cell match against [Seth] Rollins. Vince looked confused and said the people wouldn’t get it, while Hunter rolled his eyes.

Dave Meltzer: Well, then [Johnny] Gargano and [Tomasso] Ciampa did that same spot in NXT a few years later.

Moxley: They looked at me like I was some idiot. Hunter liked thumbtacks when it was Cactus [Jack] making him look good and putting him over. He loved thumbtacks back then. Whatever dude.”

I felt I was overpromising what I was allowed to actually deliver. That’s why I’ve made it clear to Tony [Khan, who pitched the match] that don’t put me in situations unless you want me to go full tilt. Be careful what you wish for because I’m not in the business of underdelivering promises to people anymore.”

Anything Kenny [Omega] or I can think of is a possibility. It could be a wild night in Jacksonville. At the end of this, we’ll see where this ranks on the list of all the former exploding matches that we have to live up to. I think we’ll do pretty good.”