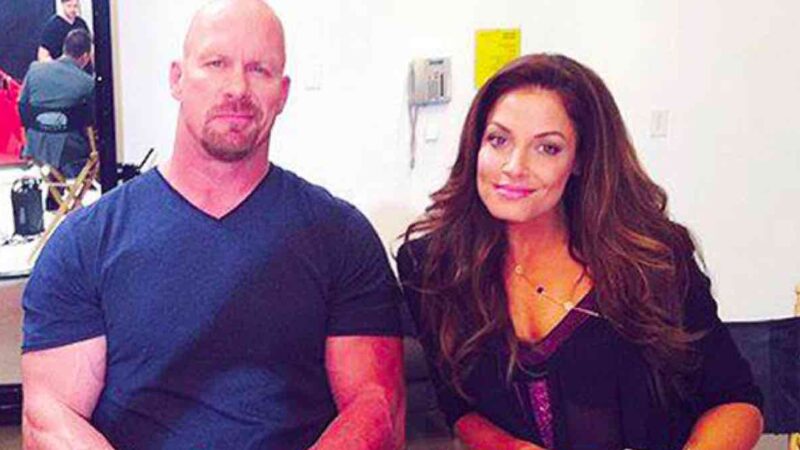 WWE Hall of Famers Stone Cold Steve Austin and Trish Stratus are likely to have their own interactive shows similar to fellow WWE Hall of Famer The Undertaker’s 1deadMan show during the WrestleMania weekend, as per WrestleVotes.

“I’m told WWE is looking into having additional shows throughout WrestleMania weekend similar to that of The Undertaker’s 1deadMan show. Live, interactive shows w/ Steve Austin & Trish Stratus to name a few have been discussed.”

I’m told WWE is looking into having additional shows throughout WrestleMania weekend similar to that of The Undertaker’s 1deadMan show. Live, interactive shows w/ Steve Austin & Trish Stratus to name a few have been discussed.

WrestleMania 38 saw the in-ring return of ‘Stone Cold Steve Austin after 19 long years. He defeated Kevin Owens in a ‘No Holds Barred match. He later returned the night two of the show and ended up hitting a ‘Stunner’ on Austin Theory and his mentor, WWE Chairman Vince McMahon, who botched the move. While fans might have assumed the Austin is retired after that match, that doesn’t seem to be the case.

Speaking with GiveMeSport’s Louis Dangoor, WrestleVotes explained that Austin was so elated with how things went in April that the belief is he’d be open to doing it again. It has also come to light that his potential opponent could be CM Punk, who could return to WWE. There is now a possibility that Austin could face Brock Lesnar.

Meanwhile, there have been rumors of Stratus returning to the ring over the past year or so. During the 22nd August edition of Monday Night RAW in Toronto, Stratus teased coming out of retirement until she was interrupted by Bayley’s Damage CTRL stable. Stratus also got physical in the ring at a pair of WWE live events in Canada last month, coming to the aid of Alexa Bliss & Asuka during their brawl with Bayley’s stable.