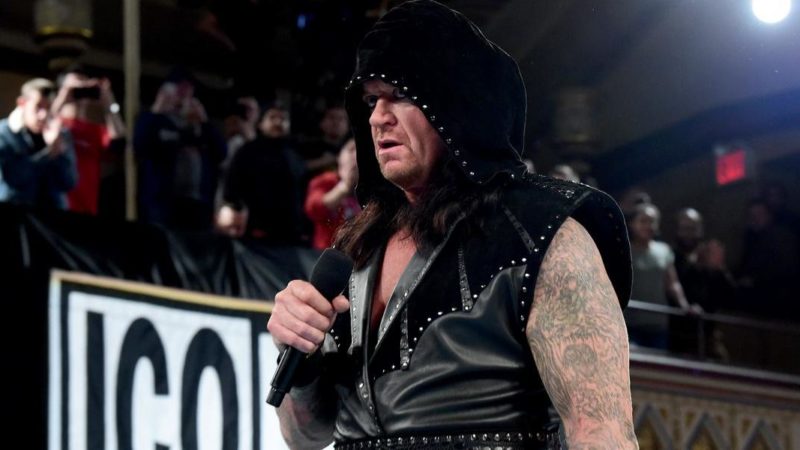 Since he didn’t appear on the show for the buildup of his WrestleMania match with John Cena, Undertaker has not been seen on Monday Night Raw for a while.

Though now it appears that he will be making his return to WWE TV soon as Pwinsider is reporting that the Dead Man is slated to be part of next week’s episode of Raw from Columbus, Ohio.

It’s worth mentioning here that Taker is set to face Triple H in a ‘last time ever’ match at the upcoming WWE Super Show Down from Australia and the Game cut a promo about their bout on Raw last week.

While not confirmed, it’s most likely that Taker will be brought to build some more hype for the upcoming event and he will respond to Triple H’s promo.

Though for what it’s worth Taker is currently not confirmed to make an on-screen appearance so it’s possible that he ends up being part of a dark segment instead.