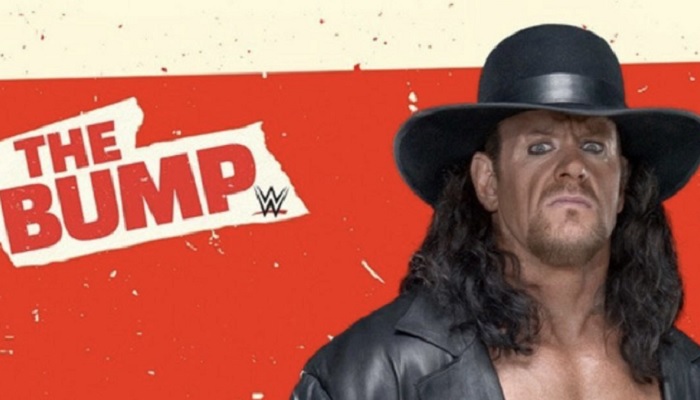 Undertaker appears on WWE's The Bump

The Undertaker will be the featured guest on a special jam-packed episode of WWE’s The Bump this morning.

“The Deadman” will appear on the popular program that features special guests from the WWE Universe and beyond each and every week across all of WWE’s digital platforms.

Featured below is the live video stream for the ongoing episode of WWE’s The Bump, as well as some promotional tweets shared by the official Twitter feed for the show, and the hosts of the weekly digital series.

Today’s episode of @WWETheBump is a really special one. Lots of emotional moments. Don’t miss it. We’re on at 10!

I’m ready to call this the biggest Wednesday of the year and it starts on a high note…or gong.#WWETheBump https://t.co/LoZFzsCZVr