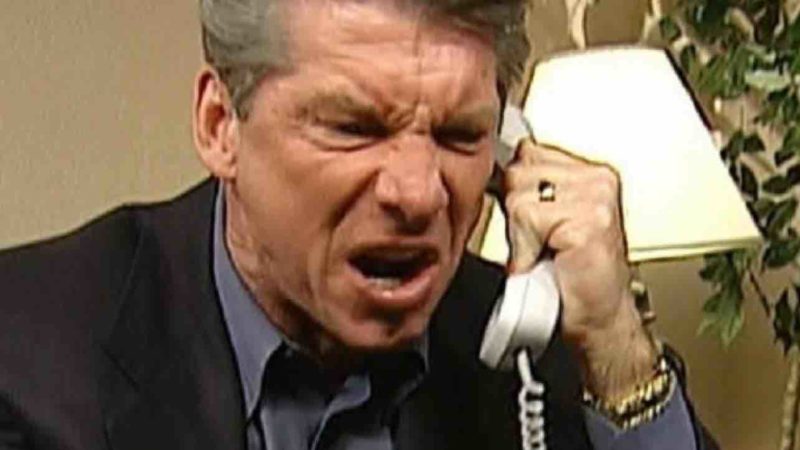 Vince McMahon recently got involved in a fresh controversy. The latest Wall Street Journal story on Vince alleged that he paid at least 4 women over 16 years to cover up sexual misconduct. After the report about additional non-disclosure agreements that were signed to keep women quiet, many are wondering if more people will come out with accusations. Vince reportedly reacted to the allegations.

It does not appear any more women signed NDAs. There could be others who didn’t want to burn bridges with WWE who decided against seeking a settlement. It remains to be seen if any will speak out. It turns out Vince is no selling the matter. While many might think this has affected sponsors, that is not the case. It has also come to light that Vince might not be under too much pressure. The latest Wall Street Journal story on Vince doesn’t appear to have much of an effect on WWE business and McMahon seems to be not bothered by anything. It also seems that Vince does not have pressure on him.

PWInsider recently noted that there are more Vince McMahon stories being worked on by a number of mainstream media outlets. The outlet is reporting that the Wall Street Journal is trying to contact former WWE superstars on the Vince McMahon situation as of the last 48 hours.

The outlet also reported that they learned from someone who was contacted for a potential interview that HBO’s Real Sports with Bryant Gumbel, has been prepping a potential story on the McMahon allegations. They have been attempting to reach out to former female employees of the company.

The outlet further reported that the reporters for the Wall Street Journal are working on another potential story on McMahon that they expect to drop in the coming weeks and that they’ve been working to connect with former WWE women’s wrestlers in recent days.

Variety, meanwhile, ran a piece on the McMahon allegations and the potential they have on WWE President Nick Khan’s push to expand the financial goals of the company, especially as major media deals with FOX, NBC and Hulu, among others will be coming due over the next few years and as the company starts to plot a course with relationships with Netflix and Disney, among others.

It is also being reported now by PWInsider that the Wall Street Journal is trying to contact former WWE superstars on the Vince McMahon situation as of the last 48 hours as well.