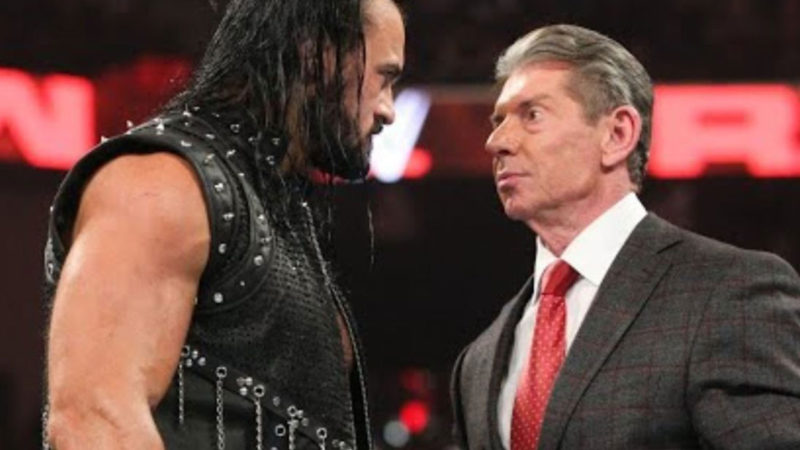 Is Vince McMahon lying to Drew McIntyre? Former WWE writer Vince Russo recently sat down with Dr. Chris Featherstone on Sportskeeda Wrestling’s Writing With Russo. During the podcast Russo discussed McIntyre’s upcoming WrestleMania 37 match against ‘The Almighty’ Bobby Lashley for the WWE Championship and discussed the ever-popular theory that McIntyre lost the belt so he could win it back against at WrestleMania. Russo, however, believes that Vince McMahon does not ‘owe anyone anything’, this including Drew McIntyre an alleged WWE Championship title win in front of fans. Credit to SportsKeeda for the below transcription. Drew McIntrye was recently ‘disrespected’ by this top name backstage.


“The word all along was that the plan was to give McIntyre his big win and the Championship back at WrestleMania in front of people to make it up to him last year because he had to do it in front of [nobody]. Bro, I’m not buying into that for a second. Vince McMahon does not feel he owes anybody anything, so Vince McMahon couldn’t care less that Drew didn’t get his moment last year, regardless of what he may be telling Drew. They’re not that kind of people. They’re just not that kind of people.”

In other news regarding Drew McIntyre, in a recent discussion with TMZ Sports, the former WWE Champion discussed a potential match-up with UFC icon Conor McGregor. McIntyre made the following remarks. Credit to Bleacher Report for the below quote.

“I keep saying maybe Conor and I will have a match someday, but realistically, I keep saying he’s the size of my leg. Then I look at my legs—I’m sitting right now and I’ve got pretty big legs—he’s more like the size of my calf. So maybe not Conor and I, maybe one of our talented cruiserweights and Conor could have a match.” Drew McIntyre reacted to this Kenny Omega WWE rumor not too long ago.