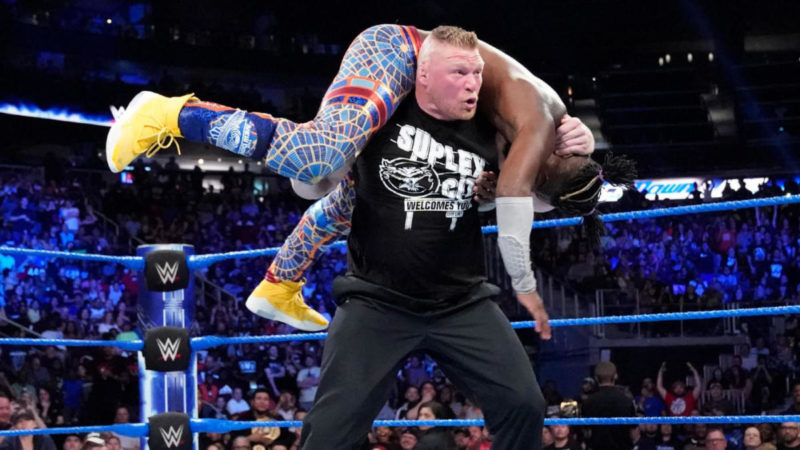 WWE star Bayley recently responded to the botch which took place on this week’s edition of Friday Night SmackDown. During her ‘Ding Dong Hello’ show with Seth Rollins, WWE made a huge blunder but quick to recover.

While Bayley was making her entrance, the WWE graphic accidentally showed “Brock Lesnar – WWE Champion with Paul Heyman” for a split second before it was removed.

Bayley responds to the graphic mistake

The former WWE SmackDown Women’s Champion took to her Instagram account and addressed the botch. She posted the picture of the graphic error and captioned the picture saying:

The finish to the segment saw Cesaro making his return on SmackDown. He then laid an attack on Seth Rollins and apparently reignites their feud.

They both are now likely to square off against each other at Hell In A Cell pay-per-view.

Meanwhile, Bayley is set to challenge Bianca Belair for the WWE SmackDown Women’s Championship at the pay-per-view.