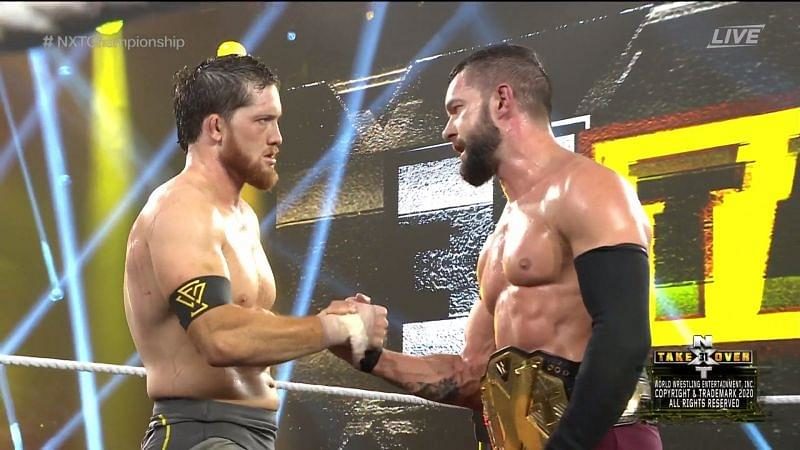 Finn Balor defended the NXT Championship against Kyle O’Reilly at NXT TakeOver 31. It was an eagerly anticipated match and fans certainty enjoyed it. It was a hard-hitting affair from start to finish.

Balor successfully retained his title but they both seemed banged up following the match. During the post TakeOver conference, Triple H revealed both Balor and O’Reilly were being medically evaluated. Now it seems WWE has officially provided an update on the two Superstars.

According to the official statement, Balor was taken to a local medical facility in order to determine whether he had a cracked jaw. O’Reilly was also evaluated for any injuries, but details were not given.

The main event of NXT TakeOver 31 was a brutal, hard-hitting battle for the NXT Championship between Finn Bálor and Undisputed ERA’s Kyle O’Reilly. In the aftermath of the grueling main event, it has become evident that both Superstars are worse for wear.

O’Reilly has a number of broken teeth as a result of the fight with The Prince, WWE.com has learned. O’Reilly is also being evaluated for additional injuries.

WWE.com can also report that Bálor has been taken to a local medical facility for CAT scans to determine if he suffered potential facial fractures in his successful title defense.