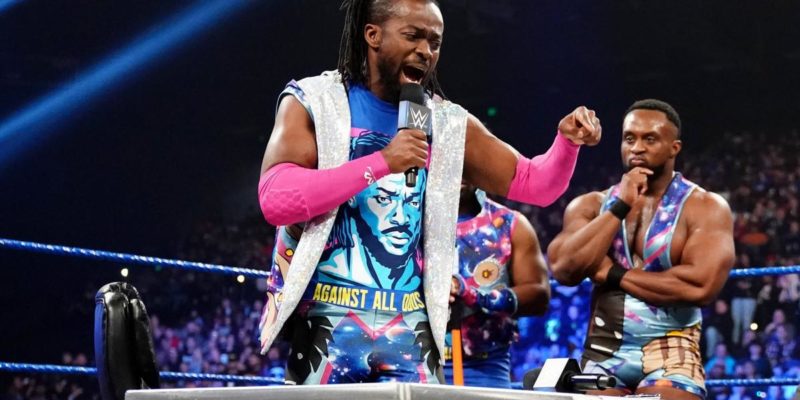 WWE Hall of Famer ”Superstar” Billy Graham was critical of Kofi Kingston recently, due to him being in the WWE title picture. He criticized the company for having a “145 pound WWE Champion” and called the whole thing a “joke.”

Kofi Kingston defeated Daniel Bryan at Wrestlemania and became the WWE Champion this past Sunday. Billy Graham congratulated Kingston for his big win. However, he also gave Kofi some odd advice.

“My man, I urge you to start doing some steroids and add about 50 pounds of solid muscle to your championship body,” Graham wrote on Facebook. “Vince wont care, honestly. Actually he would be quite pleased with the muscular transformation, as I predict that you young man will have the longest run as WWE champ in modern-day history.”

It isn’t known if Billy was joking or not, as steroids are banned in WWE thanks to the company’s Wellness Policy. Graham himself used a lot of steroids during his time as a wrestler and lectured athletes in the past about the danger of steroids. His own use of steroids made him senile and required both of his hips to be replaced.

He also advised Kofi to study his old promos.

“The final suggestion, is to get all of my promo material together that you can find in the WWE’s vast library and study my promos,” Graham wrote. “You must be an entertainer as well as a wrestler my man and best of luck with your run !!!”

Kofi Kingston…. My AdviceI am sure Vince will sit Kofi down and say, " Now Kofi, you listen to every word the…