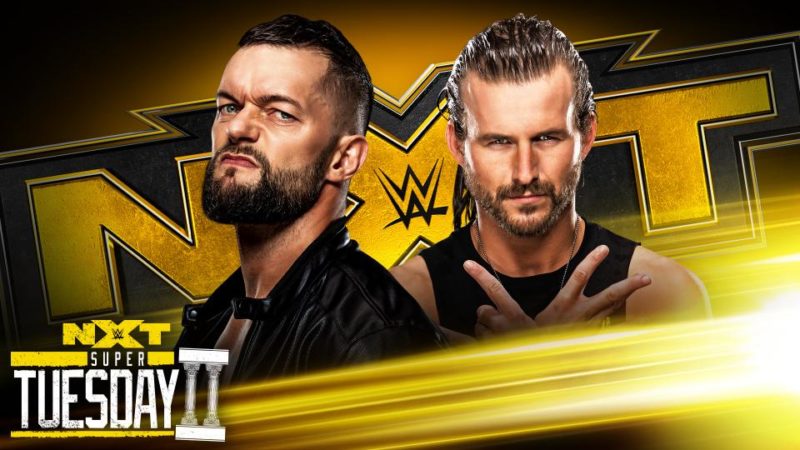 Good Evening, Wrestling Edge! It’s Tuesday night instead of Wednesday, so we get NXT results a little early this week. Most importantly we find out who the new NXT Champion will be by the end of tonight.

Wade Barrett is back on commentary with Beth Phoenix and Vic Joseph. Bold move to open the show with the title match. Absolute immediate chemistry between both as they also maintain their action through the picture-in-picture. The match uses the entire environment of the NXT Arena, going through a second break with the competitors still beating the tar out of each other. Both men show an incredible amount of resiliency and adaptability as they continue to compete. Finally Finn hits the 1916 from the top rope to pin and win his second NXT Championship.

Finn is interviewed backstage after being congratulated by Regal and Triple H and he declares that his time is now and this was why he returned to NXT.

Tanks for the Assist

Robert Stone is backstage with a pipe ready to destroy Shotzi’s tank, but when she discovers him trying she attacks him. Aliyah jumps to his defense but accidentally knocks Shotzi into Io. The two take Aliyah to the ring and attack her, even stopping Stone from assisting.  After the brawl Shotzi picks up the women’s title and stands face to face with Io, letting her intentions be known.

Tegan comes to dinner with the Garganos

Tegan arrives at Casa de Gargano, having an awkward introduction with Johnny but sitting at the table with both. Candice indicates that she needs this friendship, so wants to hear out Tegan.

It’s film study night for Thatch as Thatch can where he goes through his thoughts on Damien Priest and his style, breaking down how stupid it is.

Velveteen Dream vs Ashanti the Adonis

There is a face-off between the two, while Adonis tries to out-perform dream in the showoff department. In a short match Adonis gets a few good hits in, but goes down to a Dream Valley Driver as Velveteen Dream gets another win.

Surprise appearance by Kushida who viciously attacks Dream, even holding a prolonged armbar on him as the refs finally clear him out. Welcome Back Kushida.

After being laid out a few weeks back, @KUSHIDA_0904 returns with a vengeance! #WWENXT @DreamWWE pic.twitter.com/rzgSLdAgH7

Johnny finally leaves to make it less awkward, and finally Candice and Tegan get to talking about what has happened. Candice tries to convince Tegan to let her show her the way, and asks what she has to lose.

Both Bronson Reed and Austin Theory are getting put over well by commentary and both getting a feature in the match.

Physics betrays theory as he tries to pick up Bronson Reed but ends up with the big man landing on him, Reed delivers a senton and goes to the top rope for a splash to get the win over Theory.

Bobby Fish comes out with Roderick Strong, and is the difference maker as he uses every opportunity to protect strong and attack Dain. This performance by Dain is brilliant, never looking on the weak end of the fight, only losing edge because of Bobby Fish interruption, leading to Roderick Strong winning the match with a jumping knee. Afterward Strong and Fish start to attack Killian Dain, but Drake Maverick comes out with a pipe to get rid of UE and offers a handshake to Dain who knocks him out again.

The dinner with Candice escalates as Candice tosses a salad on Tegan. Tegan splashes Candice with water, and the fight continues when Johnny comes out to attend to the two. Tegan dumps spaghetti on Johnny and Candice throws a remote at Tegan who ducks and it hits the TV as Tegan escapes.

Mercedes immediately throws some chairs into the cage and goes to put a table in, but gets attacked by Rhea. Rhea takes the opportunity to beat down Mercedes and throw in the table herself. As the match starts it’s an immediate offensive for both competitors. It’s an outstanding display of aggression, both doing all they can to put away the other, Ripley even kicking Mercedes’ head outside the ring at times

Great spot with Rhea having Mercedes in a submission, but she grabs a kendo stick to hit Rhea forcing her to let go. Robert Stone tries to climb in to get involved but Rhea stops him, but as she tries to attack him Mercedes is able to take advantage and deliver a neckbreaker off the top rope.

After an intense battle the match ends with a Ripley victory following a Riptide through a table.

.@RheaRipley_WWE breaks out the BRUTALITY in the "Battle of the Badasses" as she picks up the win against The #RobertStoneBrand's @RealMMartinez in the main event of #NXTSuperTuesday II! #WWENXT pic.twitter.com/W2rrXK1wci