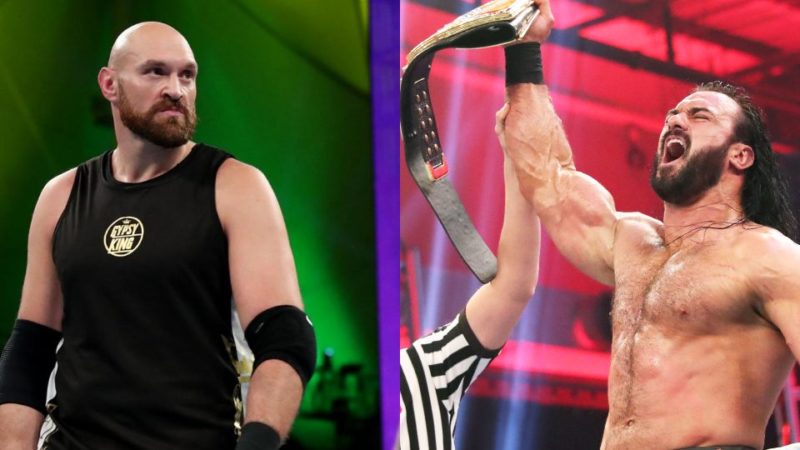 Drew McIntyre is the WWE Champion and he is set to defend his title against Randy Orton at WWE Clash of Champions this month. Regardless of who comes out the champion, it seems that WWE could be planning a future match between Drew McIntyre and Tyson Fury.

The two have been throwing shots at each other for a while now. Fury even uploaded a video last week where he went to Scotland, taunting McIntyre. According to a report by Wrestling Observer Newsletter,  it was said that it is likely fans will get to see the two square off in the ring eventually.

It’s more than enough where you know that at the least, the sides are in touch about a match if it’s not already decided. But one would think with Fury’s asking price, it would be Saudi, and there’s no definite date for that, or Mania, which is a long ways away

There were plans of Fury competing at WrestleMania 36 this year, but the COVID-19 pandemic caused those plans to be cancelled. We will have to see when their match will take place.