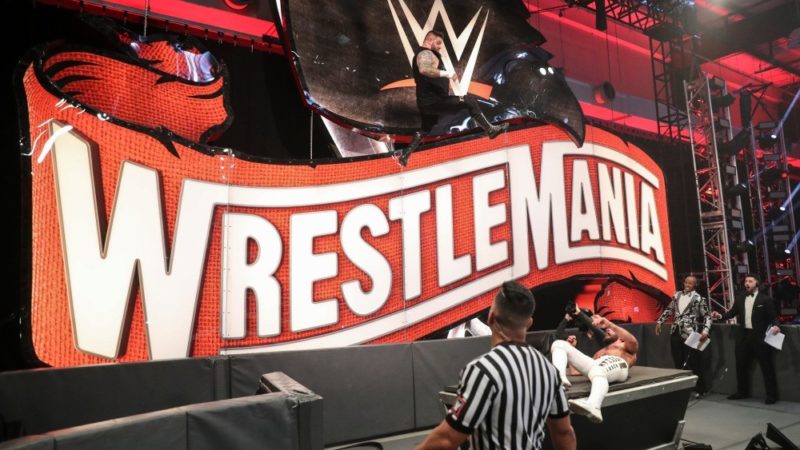 WWE are rumored to be filming WrestleMania week content early in Tampa Bay at an arena today. It’s been a big week for WWE with Bobby Lashley winning the title. Fired Up Podcast Network tweeted, “FiredUp Network Exclusive: #WWE is at the Amaile Arena in #TampaBay right now filming stuff for #WrestleMania week #WWERaw #SmackDown
Other shows as well.” Christian’s WrestleMania status was just revealed.

WWE Champion Bobby Lashley recently joined Khal of Complex for an interview where he said that The Hurt Business wants a legacy to be cemented and dominate in WWE.

Bobby Lashley to recruit a female star in The Hurt Business

The Hurt Business currently comprises of Bobby Lashley,Cedric Alexander,Shelton Benjamin and MVP and they have been dominant force working in WWE but it would not be a bad idea if they recruit a female star in the stable.

Lashley was questioned about The Hurt Business holding gold and about their plans in the near future or their aim. The newly crowned WWE Champion then revealed that the stable is considering to recruit a new female star very soon.

Lashley said: “We want dominance and a legacy. That’s what we want. “Another thing that we talked about, we don’t even know if we want to go there, but I’ll throw this out: Is there a female that’s going to join the group? We thought about that. We have some definite names. And if we did go that route, I think we’re all in agreeance of who we would love to have a part of us. Can’t really say right now, but that’s something that’s [inaudible]. So we’re trying to play with it, so we’re coming at all different angles.”

A fantasy match up between Brock Lesnar and Lashley has been on the cards for years now and who wouldn’t be excited to witness the epic battle between the two behemoths inside the squared circle.

During the interview he also addressed the situation and dropped hints about defending the WWE Championship against Brock Lesnar who has been away from WWE for quite some time now.

“A lot of people also throw some other names in the hat. One person that we haven’t seen for a long time is Brock, we don’t know where he is. Sup with him? Everybody thought about that fantasy match up with me and Brock for so many years. Well, I got the WWE Championship. He’s going to come back, [and] he’ll usually come back for a title. Anything can happen from now until then.”

It is to be seen what happens in the near future and how WWE plays out a storyline for Lashley and The Hurt Business.