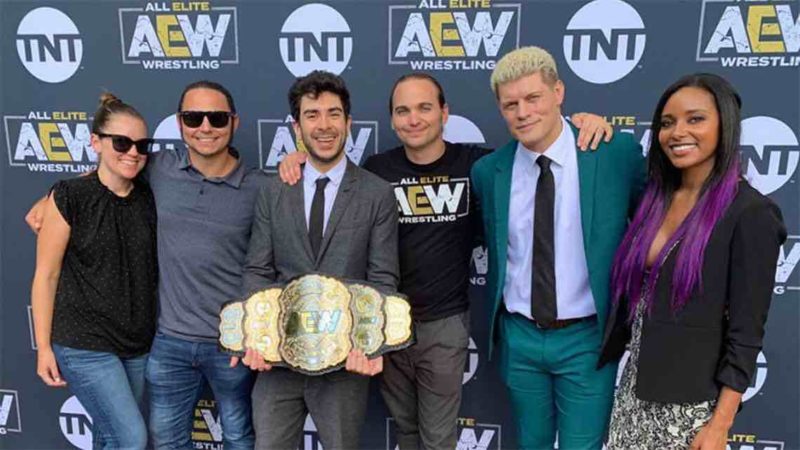 Cody Rhodes claimed during an AEW media call that WWE NXT star Pat McAfee calls AEW and Tony Khan seemingly begging for a job. McAfee has been off NXT TV since December.

Rhodes was asked about Shaq and Pat McAfee trading bars over celebrity matches. “I didn’t see the comment from Pat, but that’s super bizarre because I’m pretty sure Pat has been trying to get a job with AEW like every other day, but that’s a different conversation.”

Sean Ross Sapp of Fightful.com recapped other parts of the Cody Rhodes call on Twitter: He says Shaq trained. Shaq has once in a lifetime athleticism and hopes this is the best celebrity match of all-time as Shaq has hyped.

Cody told reporter Jon Alba he believes that AEW was headed to the moon before the pandemic, and points to the Prudential Center sellout. He says all wrestling companies and entertainment were affected by this, so doesn’t want to whine about what happened to them.

Rhodes is asked about NWA and AEW’s relationship. Cody says that Tony Khan is great about opening doors and treading peacefully with other companies. It takes trust and time. He’s sure there will be more crossover.