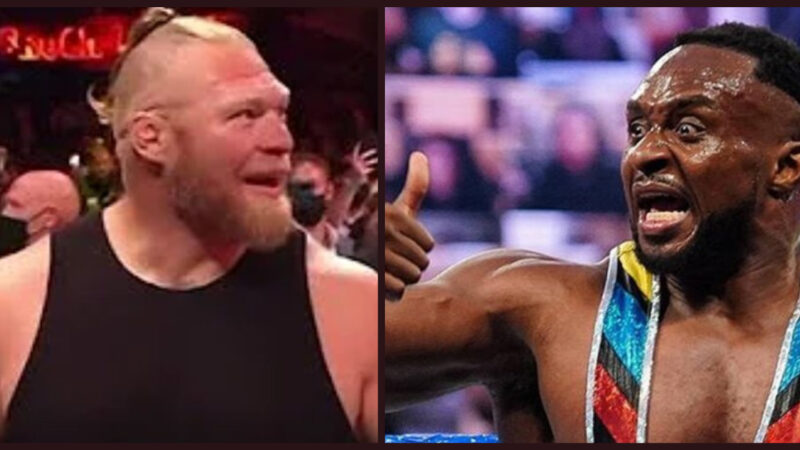 Brock Lesnar made his return at WWE SummerSlam and then appeared on this week’s episode of Friday Night Smackdown and confronted Roman Reigns for a WWE Universal Championship match, which he eventually accepted.

Big E recently spoke on the latest episode of Talking Smack, where he was asked about Lesnar’s return and if it affects his plans to cash in his Money In The Bank briefcase. Big E simply stated that Brock Lesnar has so much wealth right now that he just does things because he is bored. Brock is reportedly paid $500,000 per WWE match in America, and $1 million in Saudi Arabia.

“Well, the hair was a choice. It really was a choice, but I don’t have Brock money. You know, you get to a level of wealth where you just do stuff because you’re bored, I think he’s at that level of wealth. So congrats to him. He’s still a very large and massive man, but that’s not going to deter me from my plans here Kayla.”