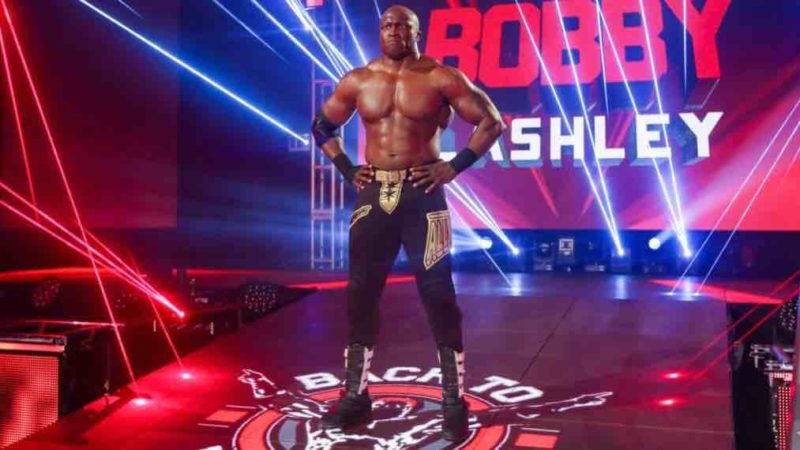 Bobby Lashley is reportedly set to be in the WWE title picture in a storyline with The Miz. The ending to this year’s Elimination Chamber pay-per-view came out of left field for many fans as The Miz cashed in his Money In The Bank briefcase on Drew McIntyre. McIntyre survived a gruelling Elimination Chamber match but was then viciously attacked by Bobby Lashley after the conclusion of the match.

The Miz took advantage of the situation and became the WWE Champion in the process. Now the question remains as to what is next planned for the newly-crowned WWE Champion.

On Wrestling Observer Radio, Dave Meltzer discussed what WWE might do to further the storyline. Meltzer noted that the plan is likely to see The Miz drop the title eventually.

“Damian Priest and Bad Bunny vs The Miz and John Morrison, that was the match that was originally for WrestleMania and I presume it still will be. I figure Bad Bunny and Damian Priest will be involved in — you don’t want them to be the reason he loses the title — especially if it’s to McIntyre, but they’ll probably be involved in some form of that to set up the other match, I’m just going to guess, you know it just makes sense to do it that way, but yeah, it’s kinda tricky.”

It was then reported by Wrestle Votes that The Miz is unlikely to be involved in the WWE Title picture at WrestleMania, which means that Bobby Lashley or McIntyre will win before the event.

It’s that time of year- LOTS of misinformation b/w sources, which happens around WM. However, from source: WWE Title match- The Miz is not scheduled to be involved. As of now, Bobby Lashley IS.

It’s that time of year- LOTS of misinformation b/w sources, which happens around WM. However, from source:

WWE Title match- The Miz is
not scheduled to be involved.

As of now, Bobby Lashley IS.