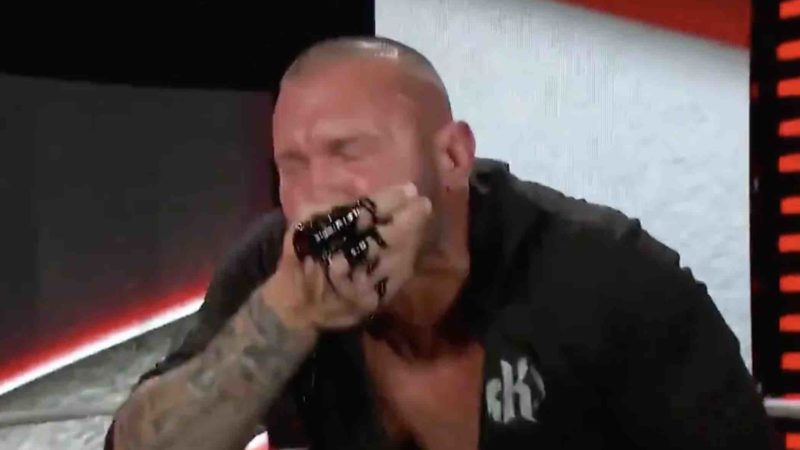 With more craziness happening each week on Monday night Raw pertaining to the Bray Wyatt, Randy, Orton, and Alexa Bliss storyline; this one takes the cake…or throws up the cake…

On the most recent episode of Raw, Randy Orton heaved as he threw-up a black pool of vomit. This left many with a sickly feel to their stomach and some even found it offensive. Even some WWE stars have issues with the inner workings of the whole angle.

On the other side of the coin, many speculated that this stunt was a rehashed angle from the infamous Ultimate Warrior vs Papa Shango storyline of the early 90’s.

Papa Shango put a “curse” on the Ultimate Warrior leaving him to heave and drip black goo from his head on multiple occasions. We can definitely see the similarities between the two storylines.

This storyline between Bliss, Wyatt, and Orton has been the most pushing of the envelope that WWE has done for quite some time now. Personally, I think this is a great direction for WWE creative and I am willing to bet that head of creative, Bruce Prichard had a heavy hand in tonight’s Orton vomit stunt.

Bruce, of course, was front and center for the Papa Shango vs Warrior saga as Prichard was known as ‘Brother Love’ on the roster in the early 90’s as well.

Are we sure this was Alexa Bliss or The Fiend and not Papa Shango putting a voodoo curse on Randy Orton? #WWE #WWERAW pic.twitter.com/Rh6HpWpqxQ