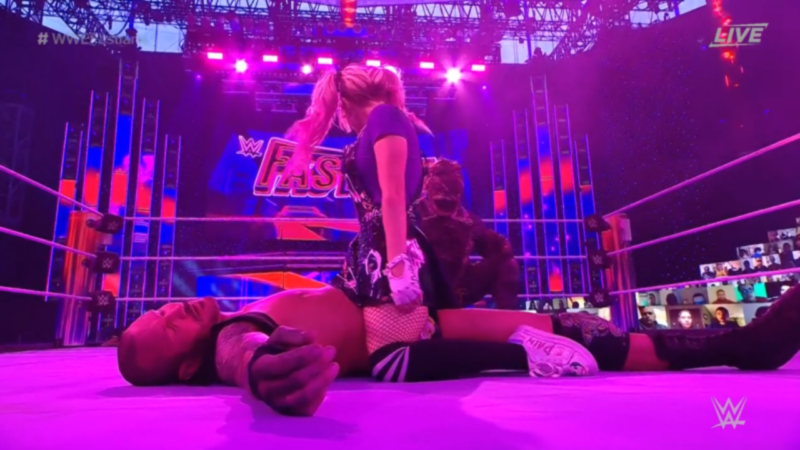 Bray Wyatt, managed by Alexa Bliss, will squash and bury Randy Orton in a short in ring squash match, and not a gimmick match, according to The Dirty Sheets Patreon page. This isn’t good news for Orton, as he was just buried in a loss to Alexa Bliss at Fastlane, and has been punked out by Bliss for months, as she cost him many majors matches, including against Edge back in February on Raw. Alexa Bliss ‘Creepy Mask’ For Bray Wyatt Revealed.

Drew McIntyre told Wrasslin News in a new interview about WrestleMania, “I would be happy opening the show or closing the show. This year’s so unique in the sense that, you know, the last match — every match at WrestleMania is a main event, let’s be realistic. If you’re on WrestleMania, you’re in a main event. When you’re fighting for the Championship, generally, it’s cool to close the show.

This is such a unique WrestleMania, without having the fans there for an entire year, that first reaction is going to be so, so special. So that’s why I said, ‘If I finish last, if I’m in that last match, that’s phenomenal, that’s fantastic, that’s tradition.’ But if I’m in that opening match, to me, that’s also — it’s just as big because if you get to walk out in that first match and get the crowd full of energy, all those pent up reactions that we’ve been keeping inside for a year, that’s going to be special too, so either way, I’m happy.” – H/T Fightful