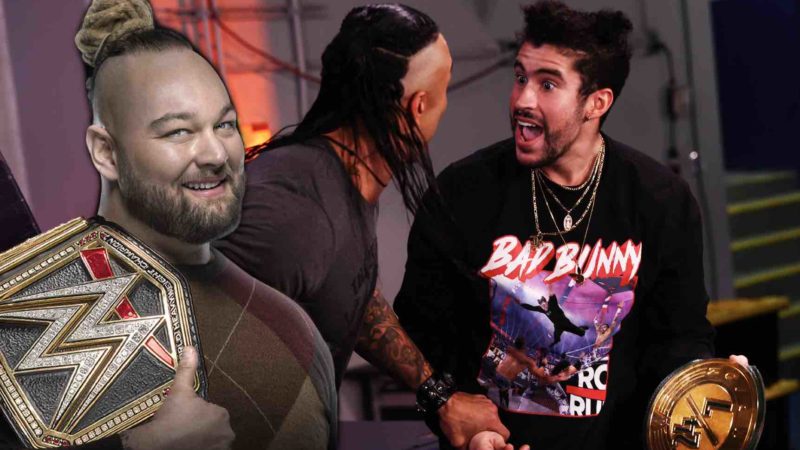 Bray Wyatt isn’t driving as much money through merch sales as Bad Bunny in WWE, he’s losing sadly! It looks like The Fiend may be replaced with Bad Bunny soon as WWE’s biggest merch draw as The Fiend’s sales drop.

Recently, Vince Russo sat down with Billi Bhatti on The Nitty Gritty Dirt Show on RussosBrand.com and spoke about the current sales in WWE.

Bhatti continues: “I don’t know if they’re putting this out to satisfy investors, or to satisfy public relations. Whether it’s a stunt or whether it is factual, I’m not too sure.”

Bhatti finds why this may be credible after all: “I do know that if they’re putting it out as a stunt that they’ve gone to a great deal of effort to make it believable. They’ve marked most of Bad Bunny’s merchandise as out of stock.” “I’m talking like garbage. Like a (small) picture of Bad Bunny at The Royal Rumble.”

Music star, Bad Bunny made his WWE debut at the most recent chapter of WWE’s Royal Rumble. Bad Bunny was used in a segment with Miz and John Morrison. Bad Bunny then entered the Rumble and eliminated himself by frog splashing onto Miz and Morrison.