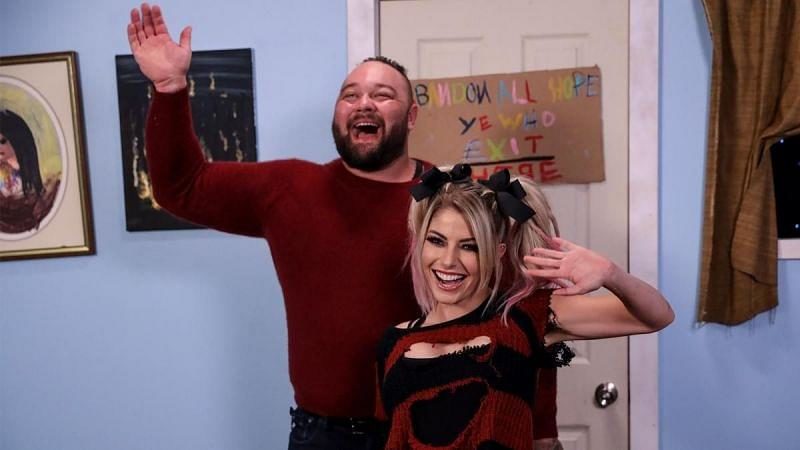 The Fiend Bray Wyatt associate Alexa Bliss took to social media via Twitter to showcase some truly disturbing photos, continuing her segment that was shown on this week’s Monday Night Raw, hyping the future return of Wyatt. In these tweets one can see more of the same with Bliss, with demonic and possessed looking eyes, sitting in a pentagram. Another photo shows Bliss eerily looking to the camera, a candle and an additional ominous looking photo with Bliss starring into her hand. You can view them below. Alexa Bliss kisses boyfriend in this intimate photo which was newly released.

In other news regarding Alexa Bliss, WWE’s resident goddess will be making her acting debut alongside one half of the WWE Women’s Tag Team Champions, Charlotte Flair. Bliss, along with Flair are scheduled to guest-star on a WWE themed edition of Peacock’s Punky Brewster reboot. The show is a reboot of the property of the same name that aired on NBC in the 1980s.

While Charlotte does have an acting credit with a role in Psych: The Movie, the same cannot be said for Bliss. The only acting credit she has to date is a role on the WWE property, Total Divas. While it’s unknown when the episode airs, the reboot of Punky Brewster debuts on Peacock on February 25, 2021.  Alexa Bliss recently revealed this photo after her stalker disappeared.