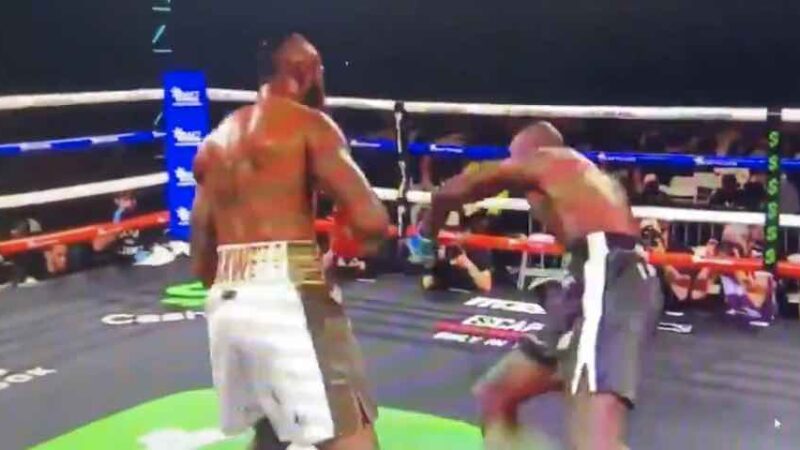 Chad Johnson, also known as Chad Ochocinco, was knocked out for a moment during his fight with Brian Maxwell on the Floyd Mayweather vs. Logan Paul card, with fans comparing it to when Jake Paul knocked out Nate Robinson. The exhibition had no winner, with Johnson and Maxwell both having good moments. Johnson challenged Conor McGregor to a fight afterwards. Logan Paul ‘Disturbing’ Floyd Mayweather Bet Leaks


“[The feeling is] similar to that of a football game,” said Johnson, who spent most of his NFL career with the Bengals (2001-2010), prior to the fight in a NY Post interview.

“Yes, I’m scared. I [was] scared before every football game. Any competitive event before you go into it, there’s a sense of nervousness and fear, it’s supposed to be,” he said, noting that his fear doesn’t outweigh his desire to step into the ring with Maxwell.

“[I’m] not literally scared to the point where, ‘I don’t want to do this,’ but yes, scared, of course. There’s just nervousness, butterflies — it just comes with anything that you do competitive-wise.

“I’m outside of my element. It’s something new for me, something I’ve never done before to this magnitude. Obviously I’ve been in the ring [before], I’ve sparred for years, but now, it’s the real deal. People are watching.”