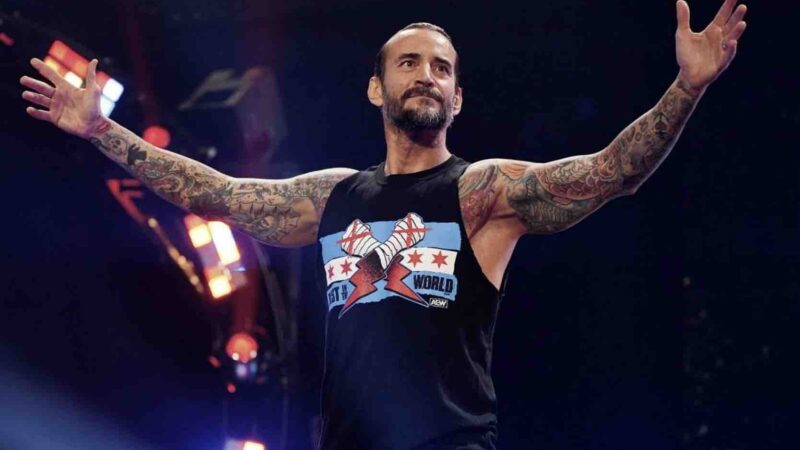 “Ace Steel arrived and did get involved as his wife was in the vicinity of the incident, possibly even inside Punk’s locker room as she was watching over Punk’s dog Larry. Steel was said to have gotten physically involved.”

Cody Rhodes spoke about the backstage divide before leaving AEW for WWE earlier this year. WWE star Cody Rhodes had defeated Seth Rollins for the third time since returning to WWE at WrestleMania 38. Rhodes picked up a huge win over Rollins inside the Hell In A Cell at the namesake Premium Live event. It was previously speculated that he might not be a part of the show as it was announced that he suffered an injury. He also cut an emotional promo following the victory. ‘The American Nightmare’ is currently away from the programming as he is healing the injury. Reports have noted that he might be away for several months. The injury also kept him away from the recently concluded- WWE Clash At The Castle Premium Live Event.

Cody Rhodes took to his Instagram Story on Sunday and shared an unused design he had planned on wearing to Cardiff had he not been injured.

Check out Cody Rhodes’ message down below.

I heard you Cardiff…loud and clear…made my day (here’s some unused designs for the shirt I woulda’ had at the event. Let’s save it for next time) – I can’t wait to be back

A tweet from the Scotiabank Arena in Toronto had people wondering if Rhodes might just return sooner than expected. The tweet advertised another singles match between Rhodes and Rollins for the August 22 edition of Monday Night RAW. This came upon despite the fact that Rhodes isn’t an active member of the roster right now. Unfortunately, Rhodes did not return at the show.

Previously, WWE also ran an advertisement for the August 29th episode of Raw, which will take place in Pittsburgh, Pennsylvania. The promotion had advertised Rhodes for the said episode of Monday Night Raw. WWE also advertised Cody Rhodes in a street fight for the Atlantic City show on August 14th. One of the fans on Twitter noted that he will not be returning in August and Xero News had confirmed it. 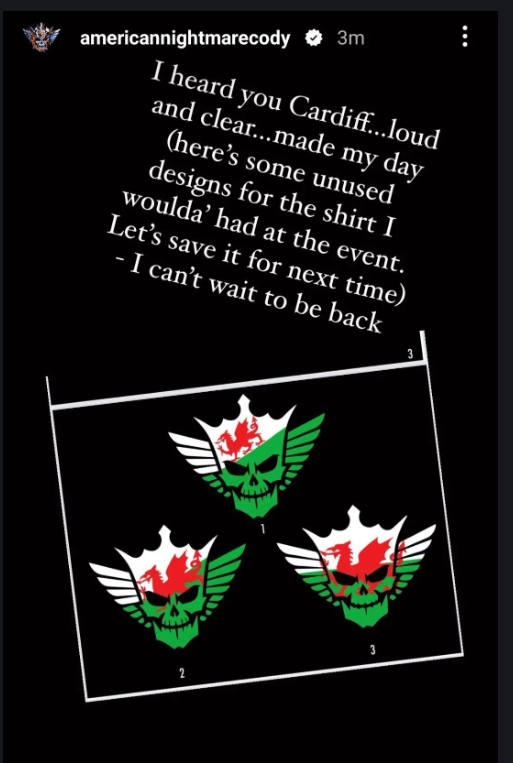