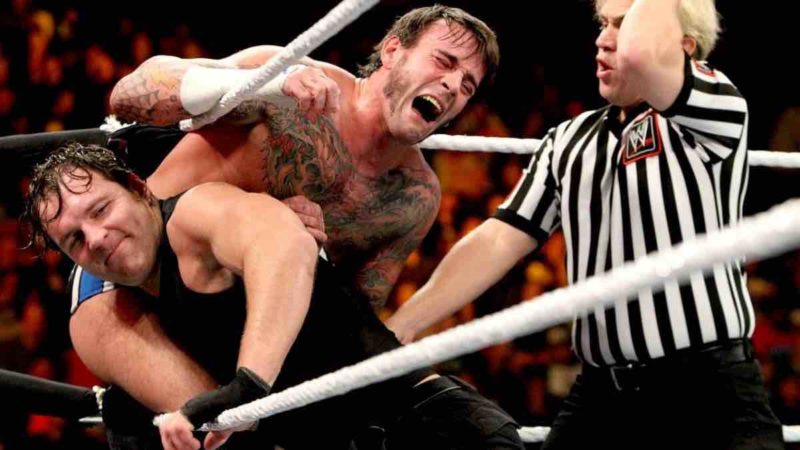 Jon Moxley revealed how CM Punk making a gross remark made him smile during Jake Roberts’ return to WWE Raw in January 2014, which ended up being a swan song for Punk in ring on Raw. Moxley just reacted to a rumored WWE return.

Moxley told Inside the Ropes, “I haven’t talked to him [Jake] about that. That seems like it was like a million years ago. I remember that I was like trying to play dead and that snake is like tickling my face, so I’m trying real hard to not sell that he’s tickling my face. CM Punk was in a ring and he just goes, ‘That snake s*** on your face!

So I started laughing and I was supposed to be knocked out from the DDT, and I was laughing at him yelling that the snake s*** in my face, which it didn’t – it did not shit on my face, I don’t think.”

He added about Jake Roberts possibly being in the Royal Rumble that year, “Yeah. Well, at the time, I was trying to get in line for the Rumble, but that didn’t happen. It’s probably a good thing it didn’t. But that’s done. But at the time, actually, Moxley… It really wasn’t Moxley’s fault because CM Punk, who was right there, told Moxley, “Oh, my God, the snake s*** on your chest,” so that’s why Moxley couldn’t stop laughing.”

You can read the full interview here at ITR.