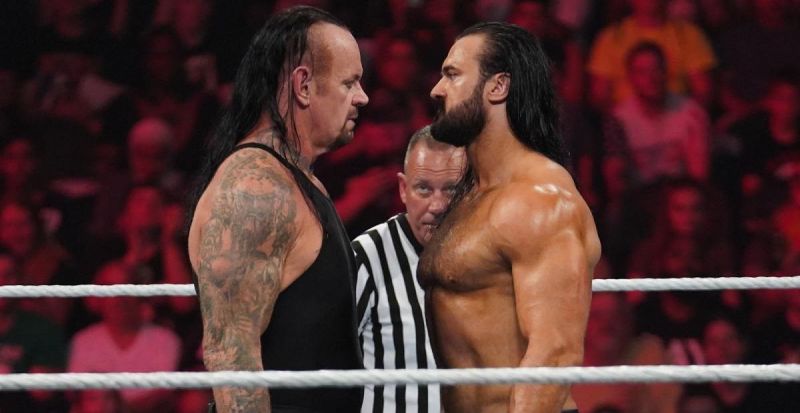 Drew McIntyre will take on Roman Reigns at Survivor Series this Sunday. Ahead of the monumental clash between WWE and Universal Champions, McIntyre spoke with ViBe & Wrestling to talk about The Deadman.

This year’s Survivor Series marks 30 years of The Undertaker, and Drew McIntyre looked back on some of his favorite backstage moments of the future Hall of Famer.

“Some of the funny things he said, like ‘I’ve got more hair on my ass than you’ve got on your face’ when I tried to grow a beard for the first time. One of the bigger things was like, observing him was a big thing for me. Just watching the kind of person he was, or is, and how much respect he had in the locker room. I’ve seen him and I can talk about this because it’s in The Last Ride. I’ve seen him and how much pain he was in, and he would not show it to anybody unless I caught him.”

There are many stories of The Undertaker working through extreme pain to entertain the fans. One of the most famous stories revolved around him getting severely burned by pyro ahead of an Elimination Chamber match.

Drew McIntyre shared his insight on how The Phenom would suffer through pain due to his pride in his brand.

“I could observe that he was just in a lot of physical pain. But he was such a proud man. At the time, it was kind of RAW versus SmackDown. Still is, but at the time, on the European tours, he was very proud that SmackDown would draw higher numbers than RAW during the international tours.”

Drew McIntyre said that The Undertaker’s pride in his work, and willingness to give 110% regardless of the shape he was in was inspirational. We’ll see The Undertaker’s “Final Farewell” tomorrow night at Survivor Series.