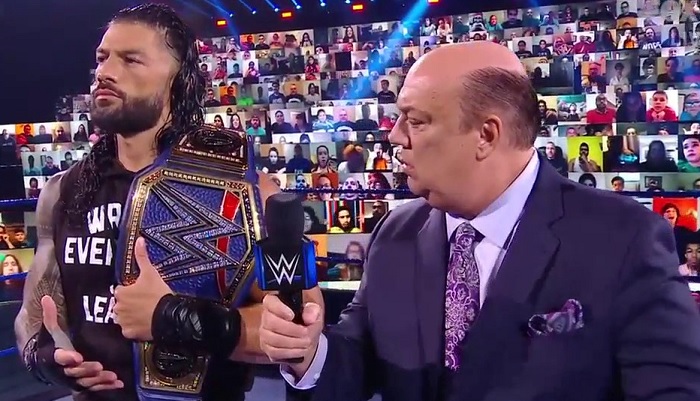 “Why is Roman Reigns a heel? Did you see the heat I got when I commented on the Roman Reigns-Paul Heyman promo from SmackDown?” asked Bischoff. “I took a picture and said, ‘And this is heat because…?”

“I have nothing but a lot of respect for Roman Reigns for a lot of reasons, and I really think Paul Heyman is one of the most talented people in the business on the microphone. [I have] nothing but respect for Paul and affection; I like Paul. It has nothing to do with what I think of them as characters. It has everything to do with the way I feel like they’re positioning Paul and Roman, much like they’re doing with Retribution. There’s no answer to the reason ‘why?'”

Do you agree with Eric Bischoff? Let us know in the comments