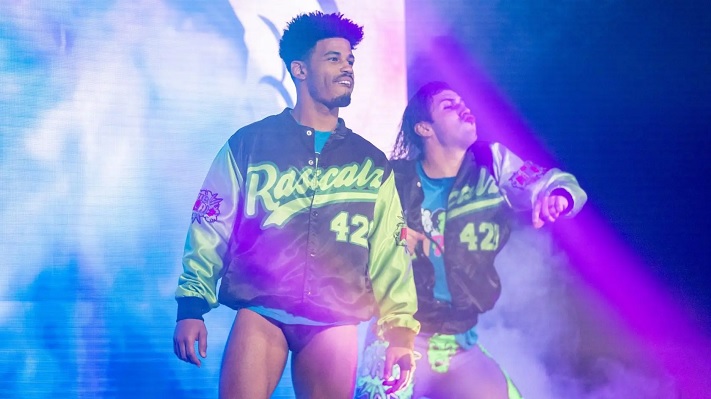 Former Impact Wrestling tag team The Rascalz made their in ring debut for WWE during this week’s episode of NXT and revealed their new names.


The arrival of the duo was teased when the company announced the brackets for the Dusty Rhodes Tag Team Classic and teased the debut of a new team called MSK.

The team was then revealed as former Impact Wrestling stars Dezmond Xavier and Zachary Wentz who are now dubbed as Wes Lee and Nash Carter.

The duo collectively known as MSK defeated Isaiah “Swerve” Scott and Jake Atlas in their debut match during the first round of the tag team tournaments.

The #DustyClassic continues to be VERY intriguing on #WWENXT! pic.twitter.com/YiNntdCuCc

“These rascals are high flying”. I see you Vic

The two stars signed a contract with WWE back in December and they will now face the winners of the match between Kushida & Leon Ruff and The Way in the second round of the Dusty Rhodes tag team classic.