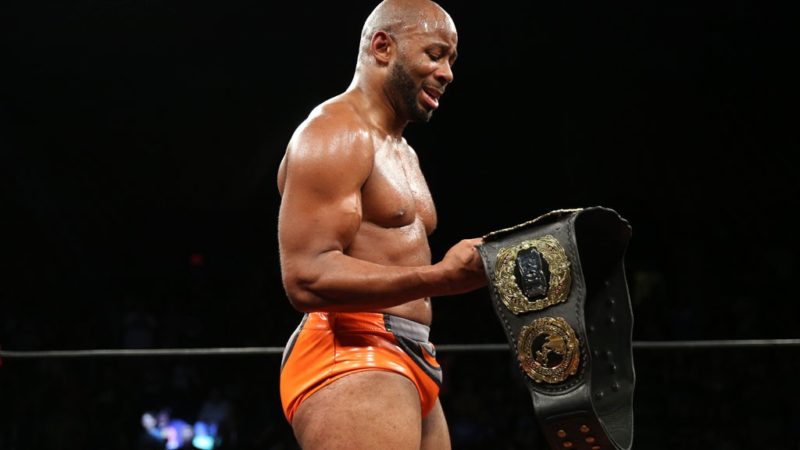 Back in 2018, Taeler Hendrix accused Jay Lethal of ruining her career for not sleeping with him. Lethal responded to the accusations, denying them outright. ROH initiated an investigation but found no evidence of Hendrix’s claims.

Amid the #SpeakingOut movement, Jay Lethal has now found his name once again brought up in regards to these allegations. Former ROH Women of Honor Champion Kelly Klein claimed on Twitter that ROH covered up for Lethal’s actions.

“When @JRoccDaddy harassed a female member of @ringofhonor locker room, he was told to leave and was not welcome back. MULTIPLE women brought complaints & evidence of sexual misconduct/harassment by Jay Lethal. ROH ignored/covered it up. They only take action when convenient.”

“They are hoping to use another “investigation” to wait everyone out until we “forget.” Thank you, @ringofhonor for all of the truly wonderful things you do and have done. Now please address the bad behavior. Do better. Right now you continue to CHOOSE not to. #SpeakingOut.”

Klein followed up a short while later, addressing those who would side with Jay Lethal because he was their “favorite.”

“It’s hard when your faves get called out. Imagine what it’s like to be targeted/harassed by that person & not protected because he/she is a ‘favorite.’ People can be talented, friend to many, good for community, & also take advantage of & abuse others. Not mutually exclusive.”

“In fact, qualities that make it hard to accept that a ‘favorite’ could do something horrible are the things they use to gain access to victims & escape accountability. They don’t usually wear a sign or broadcast their bad intentions.”

It’s hard when your faves get called out. Imagine what it’s like to be targeted/harassed by that person & not protected because he/she is a “favorite.”
People can be talented, friend to many, good for community, & also take advantage of & abuse others.

Jay Lethal has responded to these allegations as well. Below is the full statement.

“It has always been my choice to use silence to keep my dignity, refrain from publicly attacking people I’m not fond of, and relying on who I have been as a person to speak for itself. I’ve also never wanted to use MY platform to boost or give attention to any negativity. I do, however, know and realize that some people will sadly take my silence to mean something else.”

“The #SpeakingOut movement has given me hope that the industry that I’ve chosen to give my life to will become a better place. I’ve wanted to stand in support of all those brave enough to share their painful stories. Unfortunately I was afraid to due to the lies that are being said about me.”

“I have never and would never sexually harass, sexually assault, rape or force myself on anyone. I would never use my status to deny anyone opportunities. Even now, it pains me to know that defending myself might somehow tarnish an important movement and cast doubt on real, troubling experiences.”

There is no comfort in silence anymore… pic.twitter.com/Gr0zFbEH8C

Ring of Honor has yet to address the latest Jay Lethal allegations.