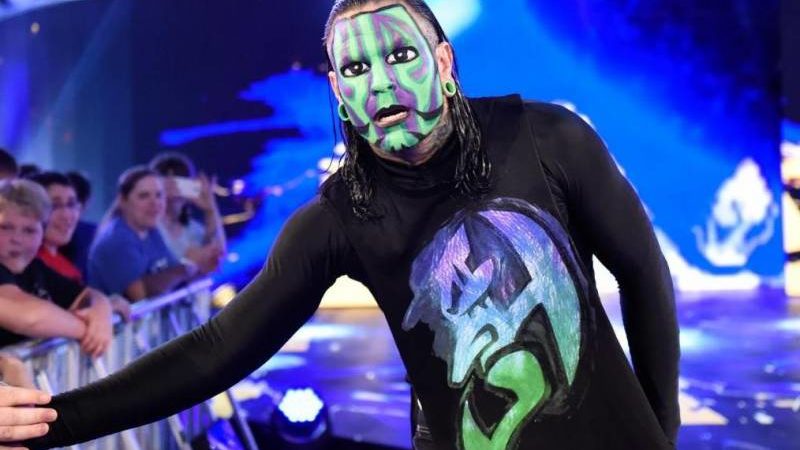 Jeff Hardy, the WWE star recently had an interview with Sports Illustrated. He discussed the potential of  NXT star, Cameron Grimes(real name Trevor Lee) to become a huge future star.

The former WWE Intercontinental Champion talked about having a close friendship with Grime’s father, Tracy Caddell, who was the co-founder of IMEGA Championship Wrestling back in 1997. This was the place where Jeff and Matt Hardy started their journey in pro-wrestling.

Hardy praised the NXT star and he also recalled the early days when he trained in that promotion. He said:

“Trevor is incredible. He’s just so talented.Many, many moons ago, even before I debuted in WWE against Razor Ramon in ’94, I was training in Trevor’s dad’s old yard. That’s where our ring used to be. I can still remember doing shooting stars and landing on my feet, doing reverse-450s and landing on my feet.”

Hardy recalled Trevor being a kid and he is awe how he has grown up to be a star on NXT. He then wished Grimes for his bright future ahead of him. He said:

“I remember when Trevor was a little baby, he was in that ring. I’ve seen him grow up, and to see him so big and healthy and athletic, it’s a beautiful thing. His dad passed away at the age of 50, but I’m sure he’s living vicariously through his son. It’s such a cool thing to see another human being come from this little antique town called Cameron, N.C., and be on this main stage. He is such a talented and deserving individual, and I wish him the best of luck.”

After Grime’s father passed away in 2018, Hardy has been the guide and mentor and in 2019, Grimes signed a deal with WWE.

This week’s episode of NXT saw Grimes continue his feud with Dexter Lumis and interfering during the match between Timothy Thatcher and Lumis. It could be possible that Grimes and Lumis could collide at upcoming NXT TakeOver 32.