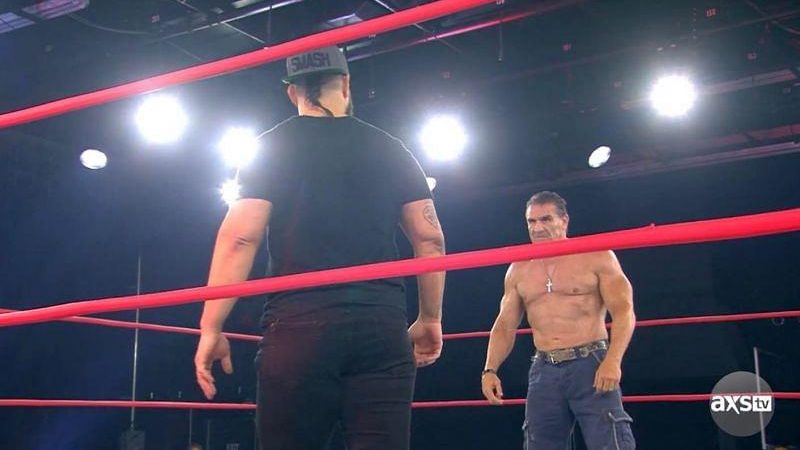 Ken Shamrock is currently in his third run with IMPACT Wrestling. Since returning in late 2019, The World’s Most Dangerous Man has faced off against Moose, Joey Ryan, and Sami Callihan.

After his unsanctioned match against Callihan at Rebellion Night One, Ken Shamrock began working with The Draw. Recently, after a few months away, Shamrock returned to begin a feud with former IMPACT World Champion Eddie Edwards.

With @TheSamiCallihan calling the shots, @ShamrockKen may be more dangerous than ever. #IMPACTonAXSTV pic.twitter.com/ofFITubgCf

Sami Callihan had convinced Shamrock that the fans want the old version of himself, an aggressive, psychotic animal ready to destroy anything in his path. That’s what we’ve seen since his return, and now Edwards will get a chance to get even.

All I had to do was put out a Tweet, and I got exactly what I wanted… what WE wanted.@IMPACTWRESTLING management knows it’s better to just give me what I want.#KenSAMrock

At IMPACT Wrestling Bound for Glory, Ken Shamrock will face Eddie Edwards. The full card for the October 24th event is below: