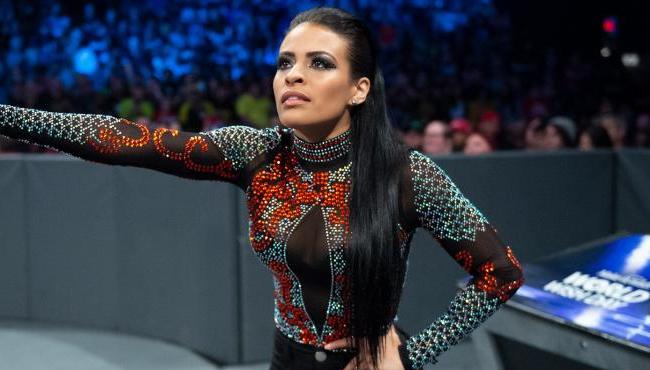 Zelina Vega and WWE parted ways Friday, just hours before SmackDown. This came as a shock to the WWE Universe, as she was considered by many to be one of the best talkers in the company. However, Vega was one of the many WWE Superstars involved in third-party platforms like Twitch and Cameo.

WWE has cracked down on their performers making any kind of money outside of their company, which has angered many WWE stars and fans alike. Zelina Vega, defiantly, opened up an OnlyFans account under the name “Megan Minx.” Following her release, Zelina Vega went back to Twitch to thank all her fans for their support.

“She’ll be fine […] hey, it’s always somebody’s loss. I think that she wanted to do Twitch so that’s the best decision, the best move for her. If I were in her place I would have done the same. Well, yeah, she loves Twitch. She wanted to do more than just wrestle so she stuck to her guns. Now she’ll have the opportunity to do whatever she wants. I don’t know why everybody’s feeling bad about it. Don’t feel bad about it. She’ll be fine. She’ll be able to do anything now. There is nothing to stop her.”

If you want to keep up with Zelina Vega on twitch, follow her channel at twitch.tv/atozonyoutube, which is also the name of her YouTube channel featuring her husband Aleister Black.