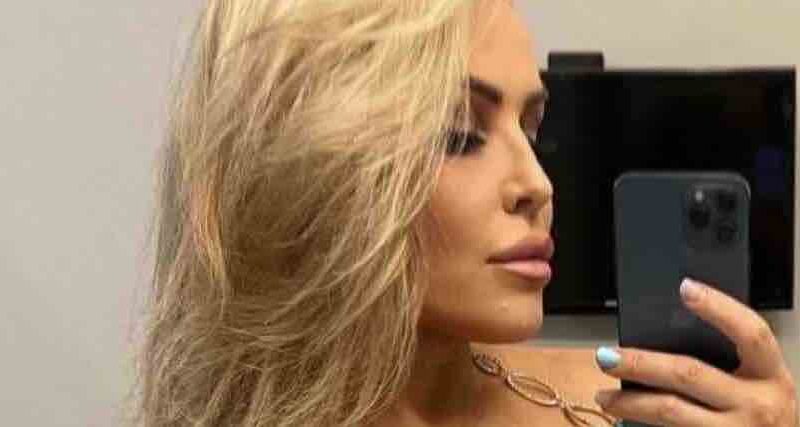 The former WWE SmackDown Women’s Natalya recently responded to her husband Tyson Kidd’s (real name TJ Wilson) tweet. It was regarding a rumor that noted having a word with Vince McMahon on her attitude.

Last week on the blue brand, Nattie interrupted Liv Morgan’s promo. The former claimed she was the reason Morgan cashed in on her Money in the Bank contract and won the SmackDown Women’s Title from Ronda Rousey.

Nattie is very active on social media and regularly exchanges words with fellow superstars or voices her thoughts on fan reactions. She responded to an article claiming that she had backstage heat with writers and producers, to which TJ Wilson shared his thoughts.

Natalya responded to the tweet stating that her husband should talk to Mr. McMahon about her bad attitude. The former champion added that she gets title opportunities and TV time across all the brands in WWE.

“You better talk to Mr McMahon, Teege. I’m so mad that I keep getting all these championship matches and tv time across Raw, SmackDown and NXT in top storylines. I’ve been bad. Someone better sp**k me.#PG14Nattie,” tweeted Natalya.

I’m definitely going to have to talk to Mr McMahon about your attitude, Natalya https://t.co/zk4sRwsmIO

THIS IS BOB. Natalya’s assistant. Your article is COMPLETE SHIT. https://t.co/Iw9df23SVJ

While, Liv Morgan had one of the memorable moments in WWE at the Money In The Bank Premium Live Event. She competed in the Women’s Money In The Bank Ladder Match and walked out as the winner, defeating Lacey Evans, Alexa Bliss, Raquel Rodriguez, Asuka, Shotzi, and Becky Lynch. Morgan then cashed in on Ronda Rousey at Money in the Bank and became the new Smackdown Women’s Champion. However, it has been reported that her title reign will be short-lived.