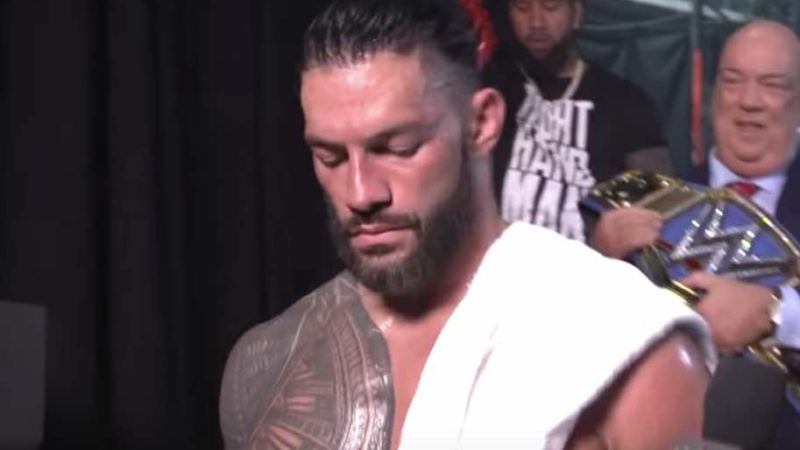 Roman Reigns refused to speak to WWE female reporter Megan Morant backstage after WrestleMania Backlash, walking away as she attempted to interview him. Paul Heyman then accused Morant of flirting with him, and wondered how she got hired.

WrestleMania Backlash has been a WWE pay-per-view event to remember. However, during the main event Universal Championship match featuring Roman Reigns and Cesaro featured a noticeable error as WWE Smackdown color commentator, Pay McAfee had significant microphone trouble throughout moments during the encounter. McAfee’s headset would glitch and he would cut out several times during the main event. You can view the incident below. Is Roman Reigns going to lose to this big WWE name at WrestleMania 38?

In other news regarding Roman Reigns, Reigns’ challenger for the WWE Universal Championship, Cesaro discussed facing Reigns for the prestigious championship in a recent interview with ComicBook.com. Credit to the outlet for the below quote.

“And if you would’ve told me that, and certain people did tell me that, when I just started in WWE, it was a year into it, and they were like, ‘Oh for you, it will take a while, but you’ll get there but it just… It takes a while.’ You don’t want to hear that. Whatever you’re like, ‘Oh, what about this guy who just walks in and gets a title shot?’ But now I feel people can relate to that and that makes it so much more special. So I’m very nervous and I’m super excited for Sunday.”