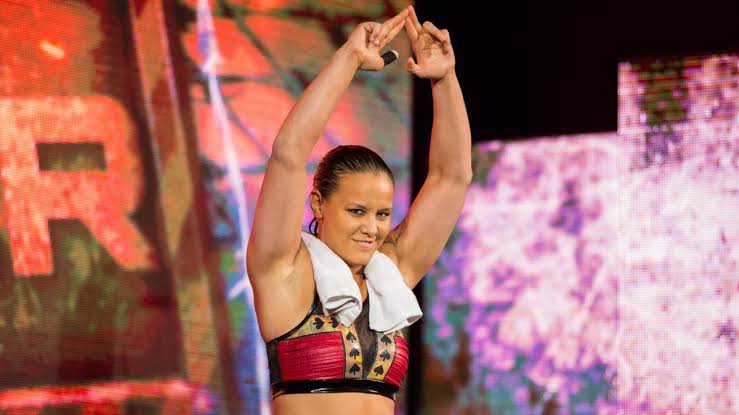 Shayna Baszler, the one half of the WWE Raw Women’s Tag-Team Champions with Nia Jax joined the WWE After The Bell podcast, hosted by Corey Graves. She talked about her Wrestlemania match.

During the podcast, Shayna Baszler recalled her Wrestlemania match against Becky Lynch. The match had the WWE Raw Women’s Championship title on the line and Becky Lynch defended it successfully.

The former NXT Champion said that she feels incomplete and claims that she is yet to have her Wrestlemania moment.

“That’s the most important match of my career that I’ve had thus far. Obviously, title match at WrestleMania – it doesn’t get bigger than that. But I still feel incomplete.I haven’t had my WrestleMania moment. At the time, everyone’s calling their family and it turns into a 30-minute discussion about the pandemic and this virus.”

This year Wrestlemania 36 went on for two nights amid the COVID-19 pandemic. Baszler said that people were more concerned about the virus and the talents were not appreciated for the efforts they have put in for their matches. She then stated that having a huge crowd at WWE shows makes the difference.

“And we understood the value in putting on a product where for three hours, two nights in a row, people didn’t talk about that. And they were like, ‘I hate this person.’ Even just for a glimpse of a window, we give people something else to to have their minds on. So we got that; it was a very important in that sense. But I don’t know– it’s hard. There is a magic that’s missed about it not being 80,000 people, and a roaring crowd, and all that.”

Baszler formed an unlikely alliance with Nia Jax and at the Payback pay-per-view their team defeated Bayley and Sasha Banks to win the WWE Women’s Tag Team Championship. This also marked as her first championship gold in the main roster.