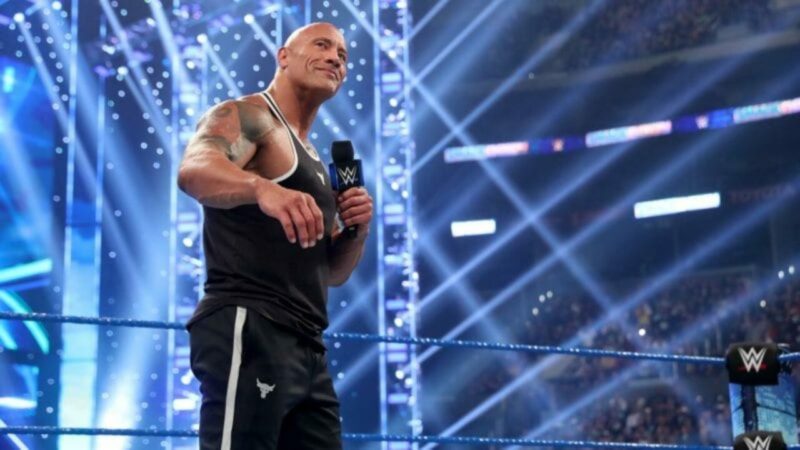 The Rock and WWE are in talks for a ‘throwback’ night to promote the ‘Young Rock’ NBC series, perhaps on Raw, according to ‘Young Rock’ showrunner Nahnatchka Kahn. It appears the show would go back to multiple eras of The Rock, like the television series. The Rock vs. Roman Reigns is rumored for a new PPV for his return.

Hollywood Reporter asked, “NBCUniversal streamer Peacock is the new home for WWE. Are the companies working together around Young Rock?”

She responded, “We talked about doing a WWE throwback night to support the storylines in Young Rock. There’s so much opportunity there.”

Khan also discussed receiving notes from The Rock on scripts, “He sends amazing audio notes. I’ve got a lot of audio messages from him going through the scripts and talking through stories. It’s the best way to get notes from Dwayne.”

Mick Foley said about Young Rock, “WORKING THE GIMMICK! Words to live by! I LOVED the premiere of #YoungRock @TheRock. Can’t wait for next Tuesday!”

Former WWE writer Brian Gerwitz said about the premiere, “In a word… FINALLY!

So excited for the world to see the premiere of #YoungRock tonight 8pm/7ct on @nbc. What started years ago backstage with @TheRock saying ‘you know I used to live here’ in almost every city we’d be in @wwe (and telling the truth!) has now become a reality!”

Young Rock premiered to over 5 million viewers on NBC last night, finishing third for the night and receiving a 0.9 18-49 demo rating.

You can read the full Hollywood Reporter Young Rock interview on their website.