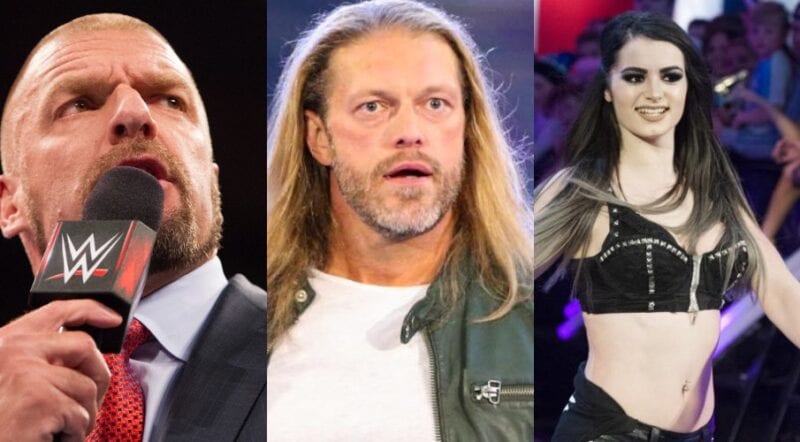 There have been a lot of buzz over the possible in-ring return of Edge and Paige in recent times and many have been wondering if these two stars can make a surprise appearance at the upcoming Royal Rumble PPV.

The WWE Vice President Triple H was interviewed by SportsKeeda recently and among other things, he also commented on the rumored return for these two retired wrestlers.

“With both of them, those would be personal choices for them—Nah, I shouldn’t say that,” Triple H paused. “Personal choice for part of it and then medical choice for the other part of it, right? WWE is at a different level, it’s hard to even put that—there is just no other level with us from a medical oversight standpoint. … Just because you have a doctor every now and then doesn’t mean you have a medical protocol. For us there are certain parameters when we believe that it’s not in your best interest, we put the human being first, their health, and their long-term health.”

“When you’re talking about people as talented as Edge and Paige, who wouldn’t want them to return? I’m a fan, just like everyone else. Yeah, I’d love to see them step in the ring and compete. More importantly than that though I’d like to see them live long healthy lives. Edge has kids, you know, Paige—she probably has some she doesn’t know of. [Laughs] Their health first, people first, this is all great, but at the end of the day, it’s not everything.”

Apart from this, Triple H also talked about the situation with Daniel Bryan and how it’s different than Edge and Paige. You can check out his comments in the video below:

I asked Triple H about the speculation regarding a potential WWE in-ring return for Paige and/or Edge.@SKProWrestling