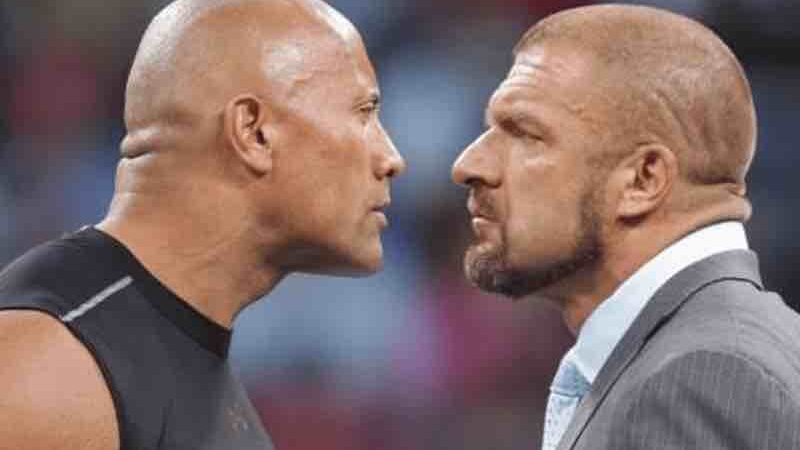 Triple H told Logan Paul on Impaulsive that The Rock asked him to wrestle at WrestleMania 31 in 2014 since they never got their chance to headline WrestleMania together, as WrestleMania 2000 was changed to a fatal four way. Triple H said ‘scheduling conflicts’ led to the match being canceled.

Logan Paul and The Miz managed to win the match, thus Logan Paul would be successful in his in-ring debut at WrestleMania 38. However, “The A-Lister” betrayed Paul by hitting him with a Skull Crushing Finale. He won at SummerSlam by defeating The Miz as well.

While speaking to DailyDDT, Logan Paul said that he is unbothered by negative fan reaction.

“I’m unbothered,” he said. “I don’t care. I’m here to prove myself right more than anyone telling me what I can and can’t do and I’ve done it time and time and time again. If you look at my track record, my whole life is a series of me doing stuff people telling me I can and can not do or will not do and this is just another one of those things. Like I said, just time in that ring. Months, years, decades. God willing, who knows what happens with this sport.

“That’s where the real respect is,” he continued. “There’s a reason why Roman Reigns, John Cena, Stone Cold and guys like that get the respect they get. It’s because they’ve dedicated their lives to a certain craft, and while I’m totally willing to do that, this is only match number two. I can’t focus on whether I’m loved or hated right now and focus on doing the best I absolutely can and putting on a killer performance.”