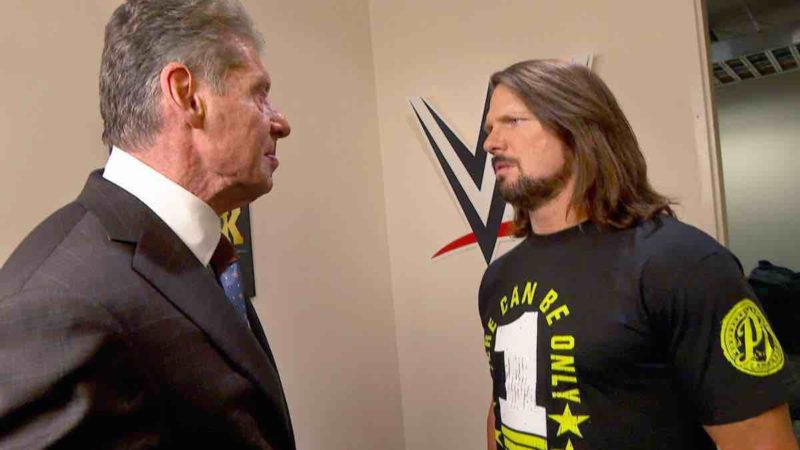 AJ Styles is certainly one of the top Superstars in the WWE roster ever since he made his debut back in 2016 at the Royal Rumble event. He is a two-time WWE Champion and won numerous other titles as well. The concept of the Forbidden Door has gained steam ever since AEW has brought it to light thanks to their partnership with Impact Wrestling and NJPW.

Finn Balor is undoubtedly one of the top Superstars in NXT. After a mediocre run on the WWE main roster, Finn Balor went back to NXT in October of 2019 and has remained with the brand since then. He defended his NXT Championship against Karrion Kross on Night Two of NXT TakeOver: Stand And Deliver. However, he was unable to successfully retain his title and lost the match. Karrion Kross thus became the new NXT Champion. He made his return to Friday Night Smackdown a while ago and is now engaged in a feud with Roman Reigns. Finn Balor also broke character after loss to Roman Reigns.

They shared a ‘Too Sweet’ in the ring and unfortuantely, WWE ended up editing out that part in their later viedos.