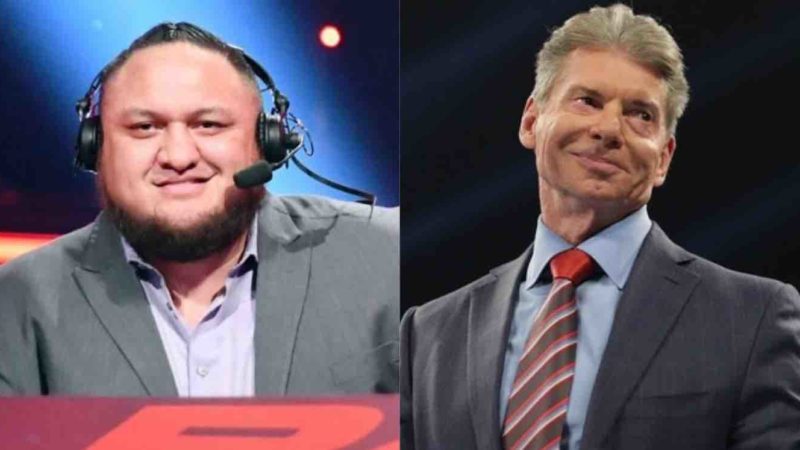 Vince McMahon and WWE are reportedly regretting releasing Samoa Joe and some other stars after seeing that AEW Dynamite drew 1.2 million viewers on Wednesday without WWE NXT opposing them. WWE ‘Rejected’ A Samoa Joe Offer Before His Release.

Dave Meltzer said on Wrestling Observer Radio, “They cut [Samoa Joe] on Thursday morning, not Thursday afternoon or Thursday night. Things changed greatly in that couple of hours. The mentality was very different Thursday morning over Thursday night, very different. So, you know if he can get cleared, there’s a lot of stuff he can do right now. It’s a good period for him and there are a lot of places that would want him.”

“I didn’t see it too much because I had Eddie already there. I know I was still green and young, but one thing that Eddie did tell me, I think Jericho told me too, ‘Anything you’ve done over there, remember,’ I’d only been there four years in the business. He said, ‘That’s gone. You’re starting fresh here. New audience.

Yes, it’s wrestling, but these guys have maybe not watched WCW, so they won’t know what you’re doing. So you get to start fresh, but you’re starting fresh. There’s a good and a bad.’ I didn’t get it too much. I was pretty good. I saw there were lot of jealousies. DDP got it for sure. Mike Awesome and those guys, those big dudes but I didn’t see it. Look at [Buff] Bagwell, they beat the crap out of him. Sometimes rightfully so with Mark. I love him to death, but you got to pay your dues a little bit. It is what it is.”