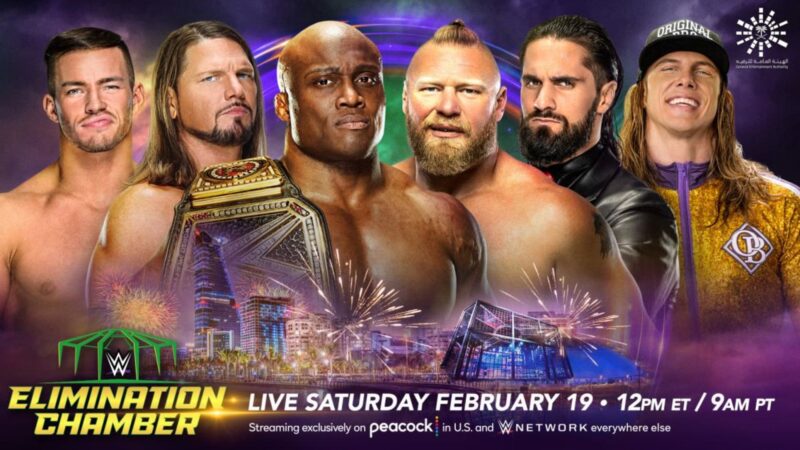 Bobby Lashley will defend his WWE Championship in the WWE Elimination Chamber match tomorrow, and Brock Lesnar will win the title for the second time this year, SI reports.

Some big names are expected to return to WWE in the weeks following Elimination Chamber, including Stone Cold Steve Austin and Cody Rhodes. The former AEW EVP Cody Rhodes and his wife, Brandi Rhodes, were founding members of Tony Khan’s promotion. Even the AEW locker room was shocked by the news. The former AEW EVP Cody Rhodes and former Chief Brand Officer Brandi Rhodes recently left the company for a painful reason. It has been speculated that they could soon join WWE and could even work WrestleMania 38. A Reddit post regarding ‘The American Nightmare’ recently took the attention of many.

The post shows a photo which claims that Cody was posing for a photo with a fan at a Polish airport. Reddit user /u/YogoWafelPL shared the photo. It was allegedly taken from a Polish wrestling Facebook group. The thread was removed by moderators for not supplying proof. The photo’s metadata, which often marks a GPS location, was stripped, so the photo could not be verified as authentic. The original poster elaborated on the origins of the picture.

“First of all, this is NOT my photo, I found it on a Polish wrestling Facebook group. There are two reasons I can think of for Cody to be in Poland professionally – he’s either changing flights and going to Saudi Arabia, or (and that’s very unlikely) he’s going to perform on a Polish wrestling event that takes place tomorrow – however, once again, I do not think that’s likely, seeing as Cody only became a free agent a few days ago and I don’t think the promoter would have the time to book him. Or, you know, he’s just going on holiday…”

The event the poster refers to is Kinguin Prime Time Wrestling #2 BLACKOUT. That event takes place on February 19. Interestingly, several wrestlers who are well-known to American audiences are scheduled to appear. Matt Sydal, Chris Masters, and Nick Aldis are all booked for the event. We will have to see what is next for Cody in the pro-wrestling industry.