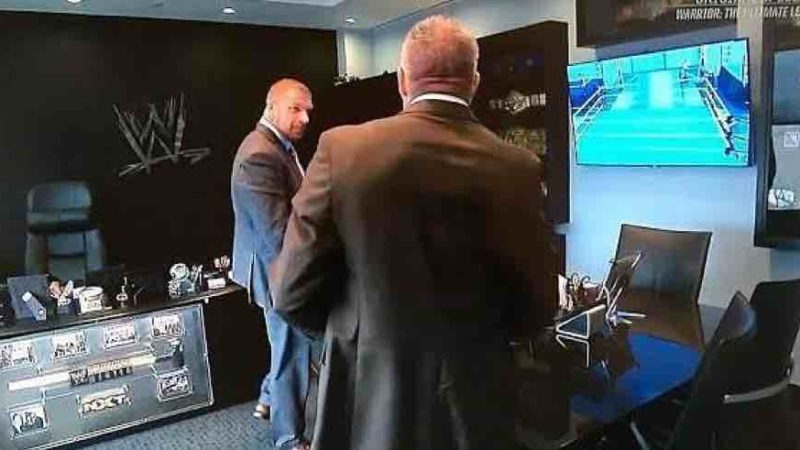 Triple H became the EVP of Talent Relations and Head of Creative after Vince McMahon recently announced his retirement from his roles as Chairman and CEO of WWE.’The Game’ has already started making some changes to the dynamic of the roster. Bayley made her return to the company after injury, while Io Shirai and Dakota Kai have been signed back with the company. Karrion Kross, who was released has been brought back as well.

It turns out Hunter is eyeing to add some more talents under his regime even if it’s an AEW star. Hit Row stable recently returned on SmackDown after it was previously reported. Three members of The Hit Row – Top Dolla, B-Fab and Ashante Adonis returned. It was also noted that Top Dolla had a lot of heat backstage which resulted in his release. Recently, the former NWA World Heavyweight Champion Matt Cardona (formerly Zack Ryder in WWE) opened up on a potential return to WWE under Triple H’s regime.

Cardona was released from WWE in 2020 after a decade-long stint and multiple title reigns. He began working on the independent circuit. Speaking to Wrestling Inside The Ropes, the former WWE United States Champion stated that he isn’t actively looking to return to the Stamford-based promotion. However, he would be open to a conversation with the management:

“With Triple H is calling everybody back supposedly, if he called me back, of course I’d have a conversation. But, I don’t know if I’d go back. I don’t know. I mean, of course ‘never say never’ but I mean, my schedule now is pretty great, I’m making a lot of money and I’m having a lot of fun so it’s hard to trade that in for just to be a name on a roster. I already did that.”

During the same conversation, Cardona explained why he wouldn’t be returning to WWE at the moment:

“I will say one non-negotiable is that the podcast and all its brands and entities would have to be carved into the contract, like untouchable. There’s no way I’d ever stop doing this stuff because it’s my passion, it’s so much fun. We took a chance when no one else wanted to do this and it’s making us a lot of money and we’re having a lot of fun doing it and it’s my passion, I love it and there’s no way I could ever stop doing that.”