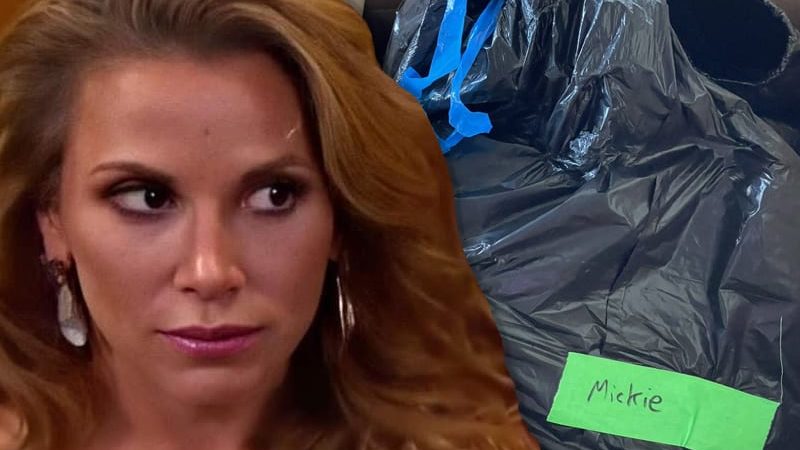 Mickie James is the talk of the internet right now as it was posted by her earlier that after she was recently fired from WWE, that she was sent a box from the company. Within the box (which I believe was ring gear and anything left in the locker room) was a bag. A trash bag to be exact. Seeing the trash bag fired up James and she burned down Twitter with her fury. It seems that the saga isn’t over yet as there has been another package found. Mickie James Angers WWE With ‘Offensive’ Photo.

Mickie’s husband, Nick Aldis, took to Twitter to state that he just found another package from WWE to Mickie James. Nick then wanted to give the people what they wanted by asking the burning question of should he do a live stream of the unboxing? Of course, Nick was joking but he did provide us with a poll to vote if we wanted him to open the box, leave it alone, or do a live stream.

Nick ended up accepting the fate and stated that he wouldn’t be touching it as Mickie is probably heated up enough over the entire ordeal. We will have to see what Mickie posts next as it looks like she will be the one to be the first to do anything with the box.

I got home from the gym and there's a second FedEx box from WWE on the doorstep. What do I do?