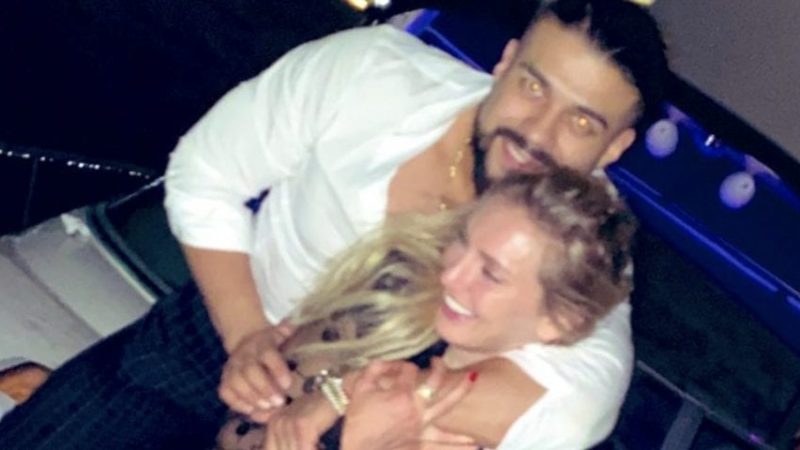 Andrade might not be in a happy place professionally right now, as the former WWE United States Champion recently asked for his release from the company, only to have it reportedly denied. However, the former NXT standout, who recently announced his engagement to former WWE Raw Women’s Champion Charlotte Flair is certainly living his best life. Charlotte saved Andrade from being fired from the company.

Andrade took to social media via Instagram story to show this photo relaxing on the sandy beaches of Punta Cana in the Dominican Republic awhile back, and it’s resurfaced with him being back in the news. In this photo, however, you can see what appears to be a blonde woman, assumingly to be Charlotte Flair in a ‘compromising’ position. You can view the scandalous photograph below.

While talking to TV Insider, Andrade’s fiancé, Charlotte Flair discussed that she has pitched numerous storyline angles involving Andrade – one being a romance angle with her real-life future husband. She stated the following to the outlet. “I’ve actually pitched that. I would be very much open to that. I’ve done a lot in my career, but nobody has seen me in an on-cam relationship, or in that light. I can come across cold on TV.” This particular angle has since been rejected by the WWE creative team.

Credit to TVInsider for the following quote.