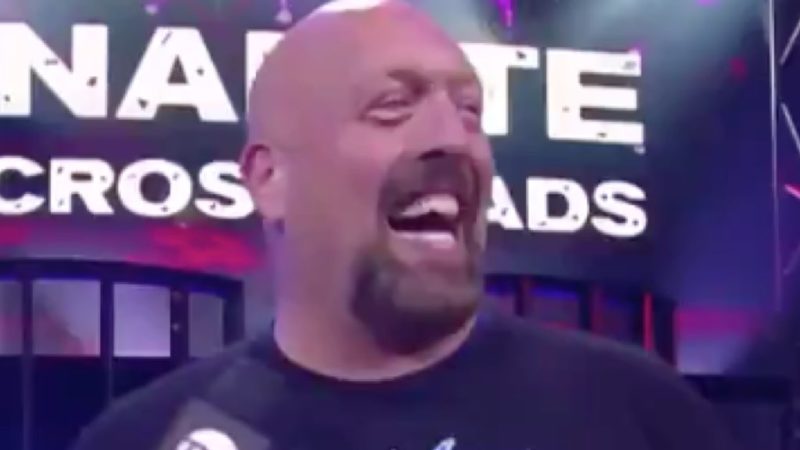 Big Show, now known as Paul Wight, debuted on AEW Dynamite tonight, and said a ‘Hall of Fame’ worthy name would debut at Revolution on Sunday, but he called it ‘Evolution.’ Evolution was the name of a WWE women’s PPV, and of the stable featuring Triple H, Ric Flair, Batista, and Randy Orton. Tony Khan has revealed a surprise AEW signing photo.

He said he was happy to be back on TNT, and that he knew Tony Schiavone, his broadcast partner on a new AEW Dark internet show, back when he had a full head of hair and was full of promise as well. Watch the full promo below.

A rumored CM Punk AEW contract was also revealed. Booker T praised AEW signing with Big Show on his podcast, “Big Show, formerly known as, was with the WWE for 22years. (He) Pretty much grew up in the company. The thing is for Big Show to make that decision, to make the switch…this takes me back to the 90s. This takes me back to WWE vs WCW. Who’s gonna show up?”

“This is beginning to look like something that I have seen in the past, once upon a time. But, you know, is it gonna change the landscape? Is it a big catch for AEW? That’s gonna be the question swirling for a while.”

.@PaulWight has a BIG surprise set for #AEWRevolution this Sunday!
RT with your predictions on who you think it could be.