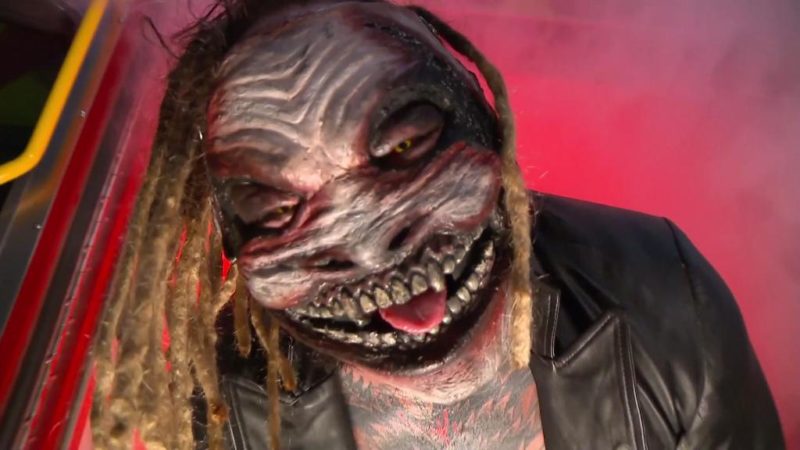 ‘The Fiend’ Bray Wyatt will be facing ‘The Viper’ Randy Orton during night two of WWE WrestleMania 37 in a highly-anticipated matchup. It has been rumored and speculated that Wyatt won’t be in this match however as the role of ‘The Fiend’ has been actually been played since Wyatt’s real-life brother Bo Dallas since the character’s return. This claim however, it completely baseless and unfounded. However, what is true and with merit is the fact that Bo Dallas has be spotted at Raymond James Stadium, exiting the building. Bray Wyatt ‘no showed’ this major WrestleMania event.

Bo Dallas has not been used on WWE television since 2019 and while it would be a dream of many in the WWE Universe for Dallas to be used in some capacity tonight, it appears the real reason that he was at WrestleMania 37 was to cheer on his significant other, the lovely Liv Morgan who took part in last night’s tag team turmoil match along with Ruby Riott in a losing effort. You can view the photo, which was captured by YouTuber MrBling42 below.

In other news revolving ‘The Fiend’ Bray Wyatt, his follower and associate, Alexa Bliss was recently interviewed by Washington D.C. based radio station, DC101. Here, Bliss discussed her reaction when she learned she was working with Wyatt and the character of ‘The Fiend’ for the first time. Credit to Ringside News for the below transcription.

“Even with Alexa’s Playground, I didn’t know it was going to be a thing, and I show up one day and there’s just like a playground set. And I’m like, oh, that’s cool!”

“My whole thing is, whenever I’m talking to the writers, I always tell them ‘If I don’t believe in it, people aren’t going to believe in what I’m saying’,” Bliss said. “So I have to fully dive in. And as soon as I was told that I was going to be with Bray for a little bit now, I was like, ‘ok, here we go!’ 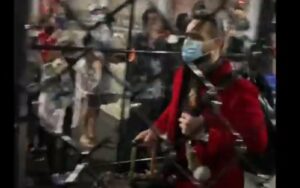