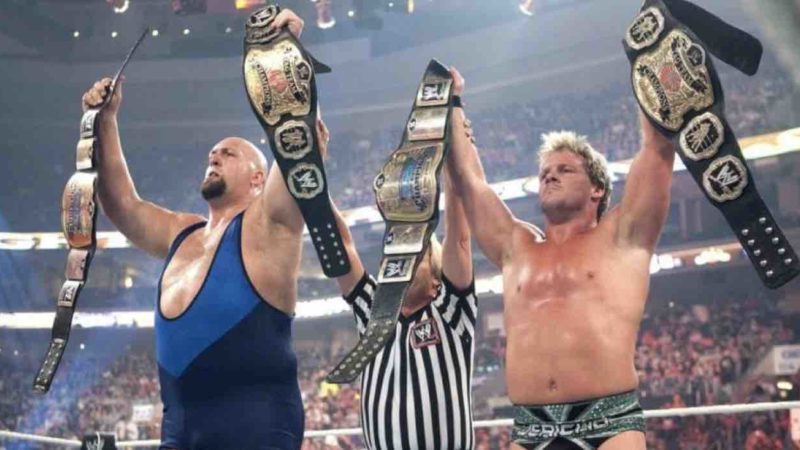 The Big Show Paul Wight signing to AEW last week sent shockwaves across the pro wrestling world. However, many have criticized the move as AEW hiring ”WWE rejects.” Big Show’s AEW video was ‘censored’ by WWE.

However, former AEW World Champion Chris Jericho does not think the same as others. Le Champion spoke to Brandon Walker on Rasslin’ on Apple Podcasts, where he said that there is a lot of value in Wight signing with AEW.

“People say to me, ‘you can’t sign all these WWE cast-offs.’ We really haven’t. If you look when there was the big purge last year, I don’t think we hired any of those guys. Nothing against them. A guy like Big Show transcends that. He’s one of the most recognizable pro wrestlers in the world. When you’re dealing with a new company, if we want to try and get a TV deal in India for example, who is on the show? Chris Jericho, we know him. Sting, we know him. Paul Wight, we know him. Those are the guys that can open the door to get people’s eyeballs on Kenny Omega and the Young Bucks, Darby [Allin], Cody, Ricky Starks.”

Big Show reacted to ‘shocking bad’ WWE writing recently. Jericho added, “He is super valuable in that he has the one thing you can’t teach — two things, because you can’t teach someone how to be a giant — but you can’t teach someone experience. We have a lot of big guys on our roster and Paul can help with that. He can also be very funny and charming. A motivated Paul Wight is very dangerous. He doesn’t have to wrestle every week, nor should he, but when he gets the call and wants to be there and prove what he can do, he’s one of the best big man workers who has ever lived. He’s a great signing for AEW and anyone who doesn’t know for sure will have their minds changed very quickly.”

We will have to see how Paul Wight fares in AEW and how he will be utilized as well.