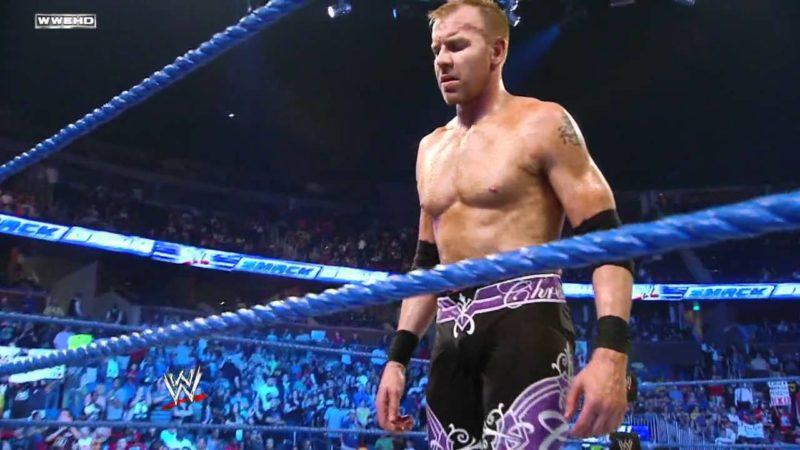 Is Christian going to be ‘All Elite’? Over on the Squared Circle subreddit, one user certainly is adding fuel to that fire as one user, named kick_heart cited a Wrestling Inc article which documents the fact that Christian has met with AEW Chairman Tony Khan a couple of times, and how enthusiastic he was hearing about AEW. It should be noted that Christian is no longer contracted with WWE.

Christian stated: ““Well, I’ve met [Khan] a few times,” Christian recalled. “I met him, strangely enough, through Chris Nowinski, actually. And, yeah, I had a little meal with Chris Nowinski and Chris brought him and he was telling me about stuff in matches that I had that I don’t even remember happening. I mean, that’s how big of a fan he is and he just wanted to talk to me about wrestling. And I was kind of more interested in the football side of it, so I was talking to him about football and he kept trying to switch the subject back to wrestling, and I kept trying to switch it back to football. Anyways, at one point in the conversation, I tried to talk him into firing his GM and hiring me as the General Manager of the Jacksonville Jaguars. Yeah.”

The legendary superstar concluded: “Yeah, it’s pretty big,” Christian said. “Well, I mean, obviously, they’ve got the money for it, right? I mean, [if you own an NFL franchise] and also a football team in England as well. [Khan] obviously has a passion for [pro wrestling]. Having talked to him before, he’s a fan of it. And you have young, ambitious guys like Cody and The Young Bucks involved and you saw the success they had with ALL IN. So, like I said, it’s very ambitious, but all the luck to them. It’s never bad to have places for guys to go out there and apply their trade, guys and girls.” Christian was ‘pulled’ from a proposed WWE Fastlane match.

Members of the Squared Circle subreddit reacted to this development in kind, as Mysterious_Option_55 proclaimed that he is now certain, ‘Captain Charisma’ will be showing up this Sunday at AEW’s Revolution pay-per-view event. The Reddit user stated: “I’m convinced at this point it is Christian. He’s the only “HOF worthy” signing free agent out there that is still in somewhat decent shape that would probably not be a disappointment. Not to mention the follow/unfollow stuff with the AEW employee and Moxley’s recent comments about him.”

An AEW executive is confirmed as have reached out to Christian. This person concluded by saying: “Vince has never seen anything in Christian. I’m glad they were able to do him a favor in the Rumble with Edge, but it seems like that’s as far as they saw him going or they lowballed him an offer. One of the two. Wish the best of luck for him in AEW. It’s a good pick up.”